10 Early Warning Signs of Dementia You Should Never Ignore, According to Experts

Is your memory loss normal? Or pointing to something more serious? 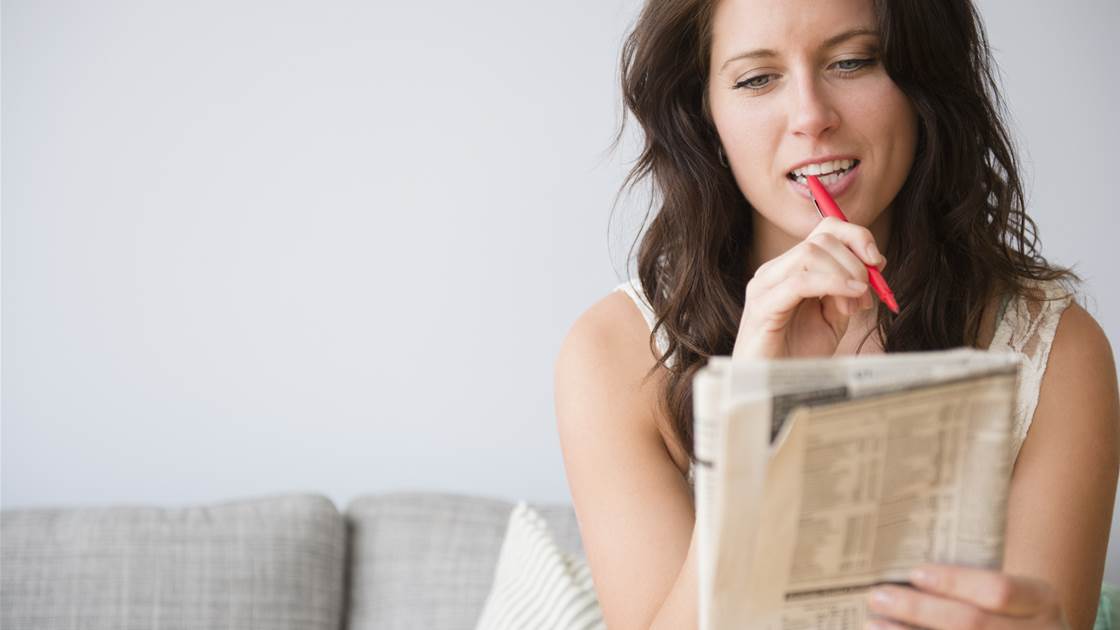 Whether you’re 35, 55, or 75, you’ve probably run into a neighbour at the dog park and completely blanked on her name.

Even though it might feel like your memory is getting hazy, it’s probably nothing to be worried about. “Starting in our 30s, the brain starts to shrink very, very slowly—it’s not even perceptible to most people,” says Dr Elise Caccappolo, a Neuropsychologist. “This can result in slower processing speed and slowed retrieval.” In other words, you still have the info stored in your head, it just takes a little longer to dig it out.

For the estimated 459,000 Australians who have dementia, the changes in memory and brain function go beyond what is considered normal, age-related cognitive decline.

“For someone to be diagnosed with dementia, they have to have significant decline in more than one cognitive area, and those changes have to affect their daily living,” Caccappolo says. That typically means they are having memory problems, as well as trouble in a second area such as language, visual/spatial functioning, or executive functioning (the ability to multitask).

Are there different types of dementia?

Alzheimer’s disease is the most common cause, affecting between 60 to 80% of those with dementia, but there are other types to be aware of:

When a person has symptoms of more than one type, it’s called mixed dementia. In some cases, memory loss and confusion can be caused by factors that can be treated or even reversed, such as vitamin deficiencies, hypothyroidism, medication side effects, and depression, says Caccappolo.

What are the early signs of dementia?

If you notice that you or a loved one is experiencing any of the following symptoms of dementia, check in with your doctor to ensure a proper diagnosis:

We all forget a random bit of trivia now and then, but with dementia, you have trouble retaining new information to a point where it impacts your life, says Caccappolo. Many friends and relatives notice this when a loved one starts to ask the same question over and over in the same conversation, or they are unable to remember the details of a TV show they just watched. It also becomes increasingly more difficult to learn new tasks, such as using a cell phone or a new computer program, even if the steps are clearly written down for them.

One of the first line of questions Caccappolo asks her patients is, “Are you still managing the household finances? Are you paying your bills on time? Have you paid any bills twice? Are you making errors when you’re balancing your check-book?” People with dementia often have trouble with abstract thinking, like math, and are unable to follow the steps to do a task like paying a bill. They may also make poor judgments about spending money or even giving it away.

Getting lost in familiar places

Memory loss and visual and spatial difficulties can lead to disorientation, causing people with dementia to get lost easily, even when walking or driving to places they have been to hundreds of times.

Confusion about time and day

When you eat breakfast, but then realise it’s dinner time, or you can’t remember the day of the week without looking at a calendar, that can be a sign of cognitive impairment. Caccappolo says patients who have more advanced dementia may get up in the middle of the night and get dressed. It may also become increasingly difficult to know what season or even what year it is.

Atrophy in the part of the brain that processes visual information can lead to difficulties with visual perception, causing falls, difficulty driving safely, and problems judging distances and colours. This is different from visual problems due to changes in the health of the eyes, so always be sure to check in with your ophthalmologist as well.

In addition to forgetting names and being unable to retain new information, people with dementia may find themselves unable to come up with the word for a familiar object, like a watch or refrigerator; they also may stop in the middle of a sentence or not be able to carry on a conversation.

When a person without dementia misplaces their keys or the remote control, they can typically retrace their steps or think of all the logical places the object might be. But for a person with dementia, it can be difficult to take those deductive steps, leading to frustration, and frequently suspicion that the items were “stolen.”

A lack of interest in reading

“In cognitive evaluations, I always ask, ‘Are you reading as much as you always did?’” says Caccappolo. She points out that people who used to love reading books find they can’t follow the story or remember what came in the previous pages. “A lot of people will say they can only read short articles now—it’s especially noticeable with people who were really avid readers,” she says.

When it becomes difficult to follow a conversation or remember the names of people you don’t see every day, a person with dementia may start to withdraw from friends, and avoid parties or other events involving large groups of people.

People with dementia may find themselves getting more irritable, having a lower tolerance for frustration, and crying more—“even men who never cried before in their life will cry,” says Caccappolo. And sometimes it goes in the opposite direction. “People who have difficult personalities or are very intense can sometimes become much more docile, almost sweeter,” she adds.

Who is most at risk for dementia?

The number one risk factor for dementia is age, and it increases exponentially for each decade past age 60. Genetics also play a role; if you have a parent or sibling with dementia, you are somewhat more likely to develop it yourself.

“There are also many modifiable risk factors that may affect different populations in different ways,” says Dr Rebecca Edelmayer, Neuroscience and Immunology expert. For instance, people with conditions such as high blood pressure, diabetes, and high cholesterol are at higher risk, because they put the brain in a more vulnerable state, in which the pathology of dementia can take hold.

Making lifestyle changes, including getting regular exercise, eating a Mediterranean-style diet, and maintaining strong social ties can lower your risk of cognitive decline as you age.

But if you notice any of the signs above and it’s significantly impacting your daily life, the best plan of action is to seek a cognitive evaluation, says Caccappolo. Your local Alzheimers & Dementia Association can help connect you to resources.

“There are many things that can cause memory loss, and if it’s not dementia, let’s fix it!” she says. “If it is dementia, let’s find the most cutting-edge, up-to-date treatments and see if you’re eligible for clinical trials, and let’s also get you the support you need to reduce symptoms and have a better quality of life.”

For more articles by Prevention on health, beauty and wellbeing, ​sign up to our weekly newsletter.

I have read and accept the privacy policy and terms and conditions and by submitting my email address I agree to receive the Prevention newsletter and special offers on behalf of Prevention, nextmedia and its valued partners. We will not share your details with third parties, and will only share delivery information in the event of you being a prize winner.
This article originally appeared on prevention.com
© prevention.com
First published: 21 May 2021
Tags:  brainhealthmemorynutrition/wellness