10 Netflix Health Documentaries Everyone Should Watch

You can stream them all on Netflix right now. 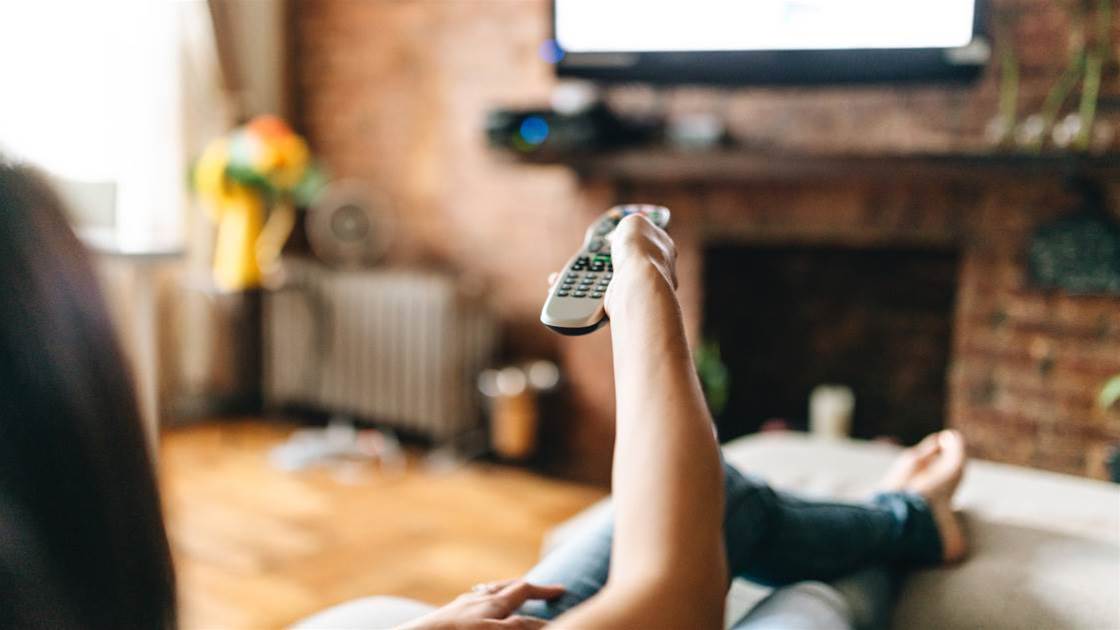 A Netflix marathon may not be the key to staying fit (unless you’re watching while on the treadmill), but there’s something to be said for feeding your mind as well. Get up to speed on the latest health research, trends, scandals, and more with these 10 fascinating health documentaries you can stream on Netflix right now.

Forks Over Knives sets out to convince viewers to adopt a plant-based diet-and not necessarily for ethical reasons, but rather for health. The documentary focuses on research that indicates that a number of chronic illnesses like cancer, heart disease, and diabetes can be prevented and improved by eliminating animal products from our diets. The film follows researchers in the field as well as everyday people who have had success switching to a whole-food, plant-based diet to cut dependence on pharmaceuticals and take control of their health. Even if you're not ready to swear off meat for good, this important film is worth a watch.

Director Bryan Fogel embarked on this Academy Award-winning documentary with a simple premise: he would take performance-enhancing drugs and then compete in a renowned amateur cycling race, with the goal of proving how easy it is to get away with doping in the cycling world. But the end result proved much bigger than anticipated as Fogel and Russian scientist Dr Grigory Rodchenkov end up blowing the whole lid off the state-sponsored Olympic doping scandal in Russia. It’s a wild, entertaining, eye-opening ride.

When the UK introduced new guidelines recommending less alcohol consumption for men (lowering it to six pints of beer a week, the same as recommended for women), British ER doc Javid Abdelmoneim set out to find-you guessed it-the truth about alcohol. In the funny yet informative documentary, he questions what prompted the change in guidelines, what the health risks (and possible benefits) of drinking are, why some folks get drunker faster, and more.

After 34-year-old Lotje Sodderland suffers a hemorrhagic stroke and undergoes emergency brain surgery, she is lucky to be alive. However, she suffers from aphasia, a language impairment that affects one's ability to speak, read, and write. Almost immediately, Sodderland begins filming herself to document her journey-not quite to recovery, but to learning how to live with her new normal. Co-produced by none other than David Lynch, award-winning My Beautiful, Broken Brain is a deeply personal look at the physical and emotional ramifications of sudden brain damage.

This Sundance award-winning documentary shines a spotlight on chronic fatigue syndrome, a widely misunderstood disorder that causes extreme fatigue not related to any underlying medical condition. The film follows Jennifer Brea, a 28-year-old Harvard doctoral candidate who is left bedridden following a mysterious fever. When doctors tell her it’s all in her head, Brea and her new husband, Omar, decide to film her struggles with CFS as she connects with fellow sufferers around the world-all without leaving her bed.

Author and culinary crusader Michael Pollan is on a self-described mission to change the way people eat; however, he takes a balanced, rather than hysterical approach. He warns against factory farming but makes a case for eating ethically sourced meat, questions modern day bread production while pushing back about the widespread gluten free movement, and points a finger at misdirected government farm subsidies. The overarching idea behind this four-part documentary is that we all need to get into the kitchen and foster greater connections with our food to sustain both the environment and our health. If you enjoyed Pollan’s earlier documentaries, In Defense of Food and Food, Inc., then definitely give this a watch.

Whether or not you’re a fan of strongman competitions, Born Strong is an interesting and compelling watch. The documentary delves into the motivations behind those who compete (complete with force-feeding yourself over 40,000kJ a day and almost certainly shortening your life span) and delves into the lives and training of four legendary competitors in the 2015 Arnold Strongman competition (yes, Arnold Schwarzenegger makes an appearance). Ultimately, the documentary aims to highlight the drive and athletic achievement of these 180kg competitors.

Described as “a searing exposé of the medical device industry,” The Bleeding Edge questions whether the devices that are meant to be saving lives are, in fact, harming and even killing patients. Academy Award-nominated filmmakers Kirby Dick and Amy Ziering zero in on the lax regulations, loopholes, and profit-oriented corporations that drive the $400 billion industry while sharing the heartbreaking stories of individuals who have been negatively impacted.

A Life of Its Own: The Truth About Medical Marijuana (2016)

Australian broadcast journalist Helen Kapalos was forever changed after she followed a young man’s struggle with bowel cancer and the relief that illegal medical marijuana brought him. When he died, she quit her high-level job to create this documentary, speaking with experts around the world and shedding light on every aspect of medicinal cannabis, from the social stigma and black market surrounding it to the influence of Big Pharma and current research.

If you have a friend who has recently gone vegan seemingly out of the blue, there’s a good chance they’ve watched What the Health. The controversial documentary draws links between consuming animal proteins and getting cancer, type 2 diabetes, and generally poisoning us with toxins. Critics argue that the film’s claims (i.e. eating eggs is as bad as smoking) are frenzied and overblown, while supporters say that there’s nothing overblown about discussing the merits of a plant-based diet. Watch it and decide for yourself.

I have read and accept the privacy policy and terms and conditions and by submitting my email address I agree to receive the Prevention newsletter and special offers on behalf of Prevention, nextmedia and its valued partners. We will not share your details with third parties, and will only share delivery information in the event of you being a prize winner.
© prevention.com
First published: 11 Jan 2019
Tags:  documentary ideasentertainmentfilmmust watch documentariestelevision