Only 20 percent of participants were able to complete the balance test. 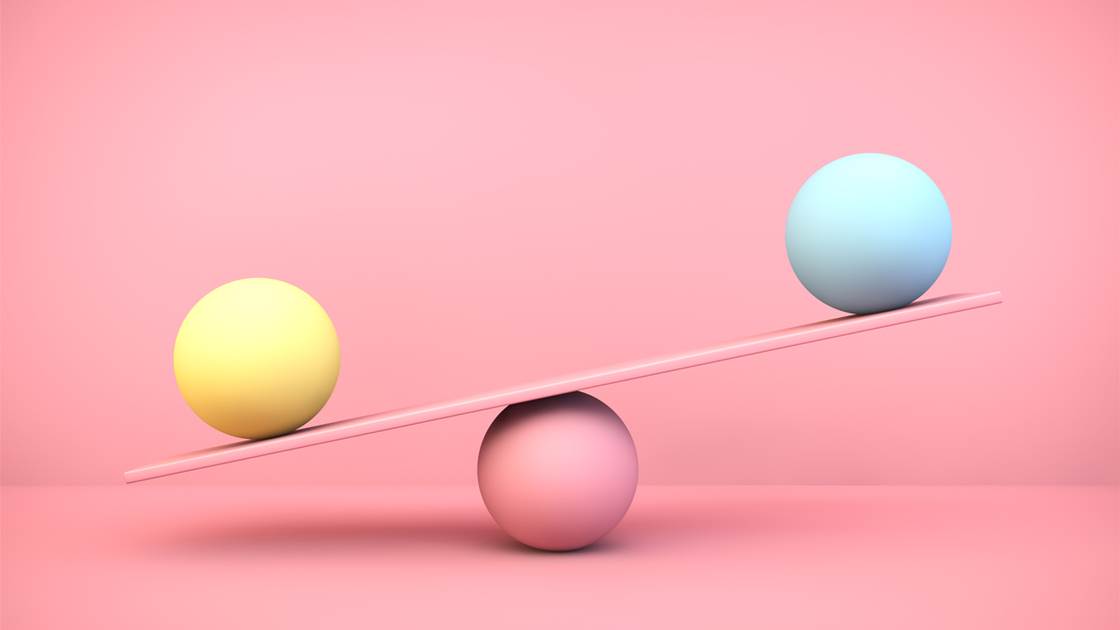 Have you ever tested your balance during a routine physical exam? A new study suggests it may be worth it. The study examined if doing a 10-second one-legged stance could be an overall indicator of health, and now scientists are suggesting adding this test to your regular doctor visits.

Researchers examined 1,702 people aged 51 to 75 years old between 2008 and 2020 on their ability to perform a 10-second one-legged stance. Participants were asked to stand on one leg with the free leg rested on the back of the standing leg and arms at their sides. They were allowed three chances to complete the balance task.

After adjusting for age, sex, and existing health conditions, scientists estimated those who could not stand on one leg for 10 seconds were associated with an 84 percent increased risk of death over the next seven years. Factors such as recent falls, current physical activity regiment, diet, smoking, or medication use were not considered. Researchers suggest adding this test to regular physical health exams.

What experts want to emphasise from this study is that successfully performing a 10-second balance will not prevent heart disease, diabetes, or other diseases. The study itself focused on “all-cause mortality,” which can be related to many different things.

In the context of this study, those who were able to complete the 10-second one-legged stance had a decreased risk of falling, therefore an overall lower risk of mortality, explains Dr Robert Parisien, an orthopedic sports medicine surgeon.

Arturo Miguel, a physical therapist says this is something he would love to start seeing doctors include in their annual physicals. “It takes 10 seconds, it’s easy to spot when a person is losing their balance, and it’s fairly safe,” he says.

For now, this isn’t something doctors usually look at during your annual visit. “More often than not, it’s the patient that brings [balance] up rather than the doctor asking for it,” says Dr James Gladstone. He encourages patients who are having balance issues to mention it to their doctor because this will open up the question of why there are problems with balance in the first place. “The most critical thing is to try and figure out why you have a loss of balance and then you can treat it in any way you can.”

But, it’s very possible that a person may not even sense they’re off balance, warns Miguel. He suggests keeping an eye on things like feeling like you’re moving when you’re not, if you bump into things regularly, or the need to hold onto things when moving.

Why is balance so important to overall health?

If someone is having difficulty with their balance, it’s possibly due to weakness associated with an underlying illness, injury, or inactivity, Dr Gladstone says. This can be related to an issue with muscle strength and coordination stemming from nerve damage in the spine or legs. Other balance-related issues could come from peripheral neuropathy, in which you lose feeling or experience weakness or pain in your hands and feet. But, it may also be an issue with your ears or something going on in your head or brain, he says.

But the real concern for most health experts when it comes to balance issues is a lack of balance means you’re more prone to falling or injuries, Dr Gladstone says. “As you get older, your bones become more brittle, so if you fall, you have a higher risk of fracturing,” he says.

Falls are the second leading cause of unintentional injury deaths worldwide and adults over 60 years old experience the greatest number of falls. In addition to the physical implications of falls, Miguel adds that falls can lead to long hospital stays and even increase your risk for additional injuries.

How to improve your balance

The key to improving balance issues is to first determine what is causing them. Then, you can plan with your doctor the best way to handle your concerns, Dr Parisien says.

If there’s a bone density issue, your doctor may suggest increasing your calcium or vitamin D intake in addition to performing certain exercises, he says. If you have vestibular problems, related to the inner ear, there are also many exercises that improve balance you can try with a physical therapist, Dr Gladstone says.

And problems related to muscle issues can be treated using balance exercises to build stability and strength. Miguel suggests focusing on maintaining good leg strength through exercises and staying active every day.

I have read and accept the privacy policy and terms and conditions and by submitting my email address I agree to receive the Prevention newsletter and special offers on behalf of Prevention, nextmedia and its valued partners. We will not share your details with third parties, and will only share delivery information in the event of you being a prize winner.
This article originally appeared on prevention.com
© prevention.com
First published: 29 Jun 2022
Tags:  fitnesshealth