Adding these foods to your plate may have some aphrodisiac powers. 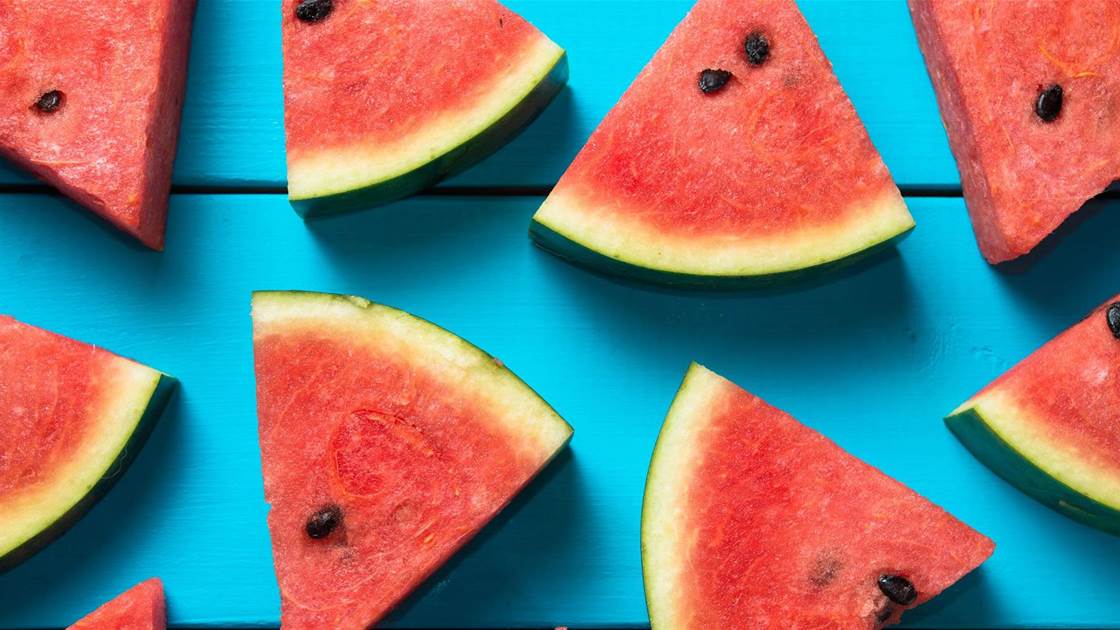 Sex drive has always been a tricky thing to measure. A lot of factors - including your mental health and relationship status - come together to determine whether you’re “in the mood.”

Finding strong links between what’s on your plate and the desire you feel in bed has proven difficult, though. “From an evidence-based medicine perspective, most of what we have is not so solid,” says Dr Dolores Lamb, researcher of sexual motivation and aphrodisiac foods.

In fact, eating a Mediterranean diet is the only scientifically-backed way to strengthen your sex drive through food, adds gynaecologist Dr Michael Krychman, author of a review study on natural aphrodisiacs. He references research that links the Mediterranean diet to improved erectile function in men and stronger libido in women - benefits that are likely due to the diet’s ties to improved overall health.

Still, some studies suggest certain foods really do have aphrodisiac powers. While you can’t expect them to have the same effect as proven ways to boost your libido - like spending more time on foreplay or switching up problematic meds - adding them to your diet may provide benefits in and out of the bedroom. Here are 20 foods that may add a little heat between the sheets. 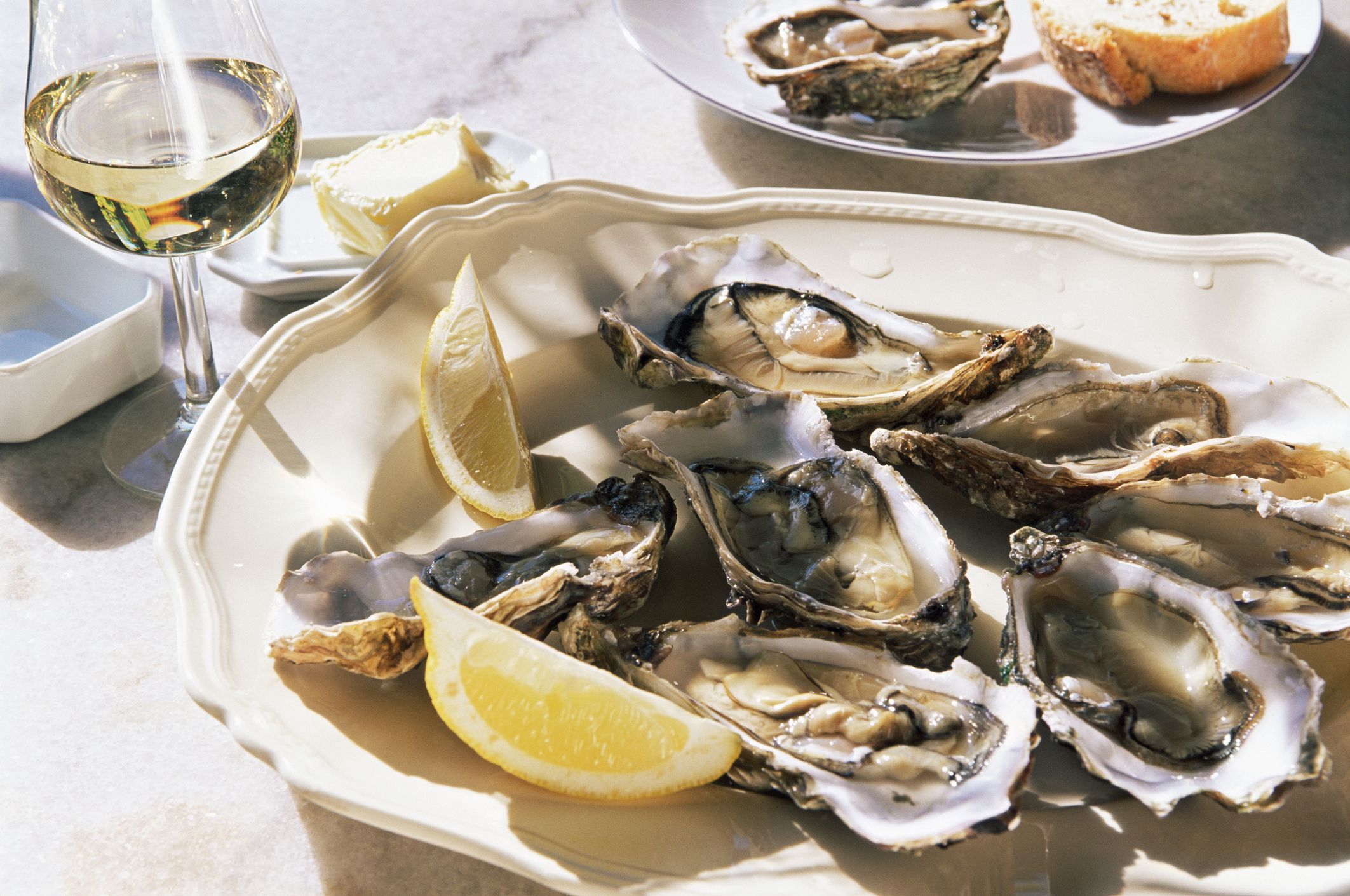 Oysters have been associated with increased sex drive since the time of ancient Rome. With so much history behind it, the whole oyster-libido thing probably has some truth to it.

For starters, oysters are high in zinc, which is essential for proper functioning of the male reproductive system, shows a 2016 study in the journal Scientific Reports. And research from chemistry professor Dr George Fisher suggests oysters and other bivalve mollusks contain amino acids - specifically one called d-aspartic acid - that may boost sexual function. Follow-up research has shown d-aspartic can increase testosterone in men.

Lamb adds that the appeal of oysters might also be “textural” - that their wetness and slipperiness may encourage a desire to kiss or experience similar sensations. 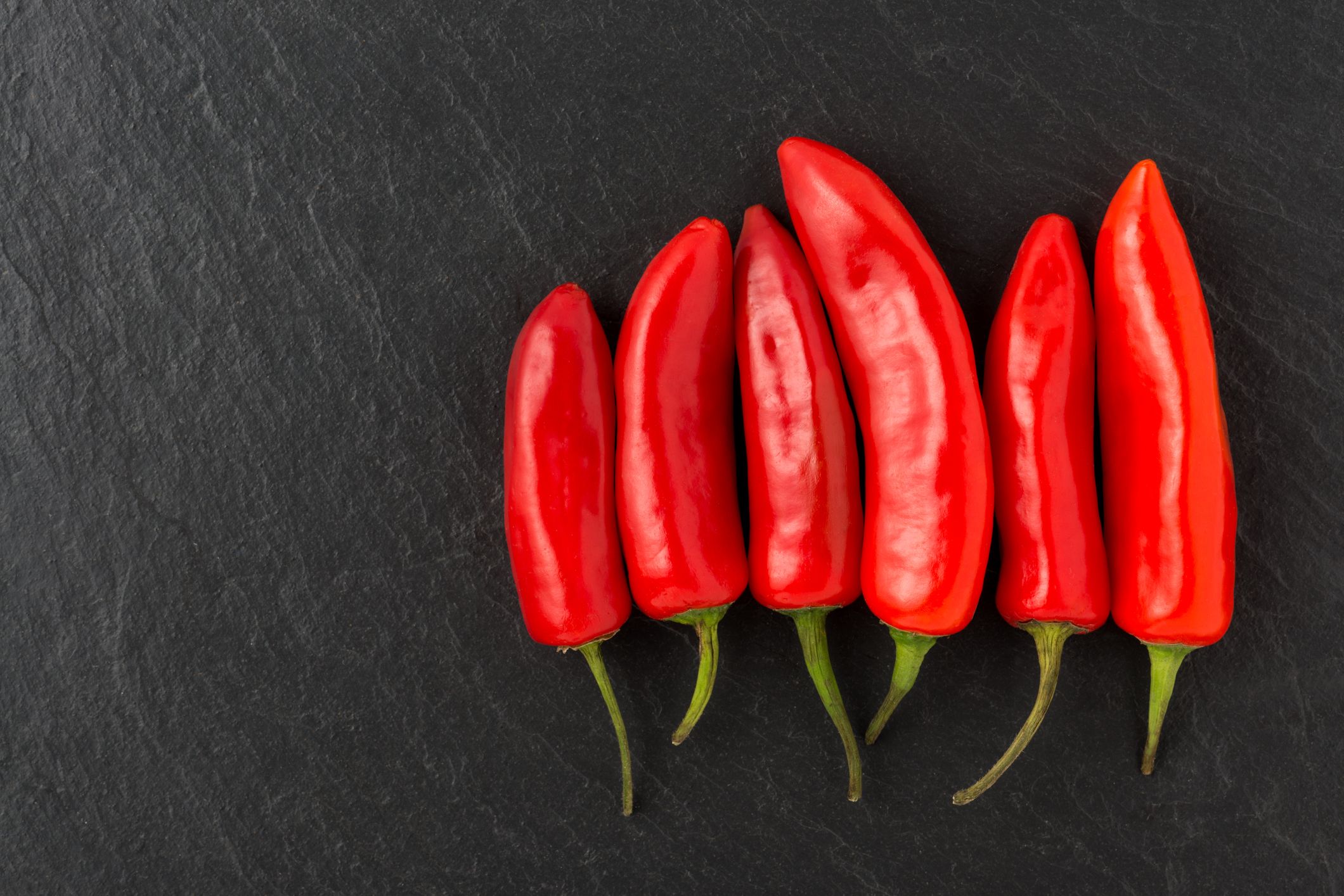 Capsaicin, the spicy chemical that gives hot chillis their eye-watering kick, has been linked with improved vascular health and increased testosterone in men, both of which could indirectly improve sex drive and function.

Lamb says the sensory experience of eating a hot chilli - the way it triggers the release of pleasure-linked chemicals like endorphins - could also contribute to an uptick in friskiness. 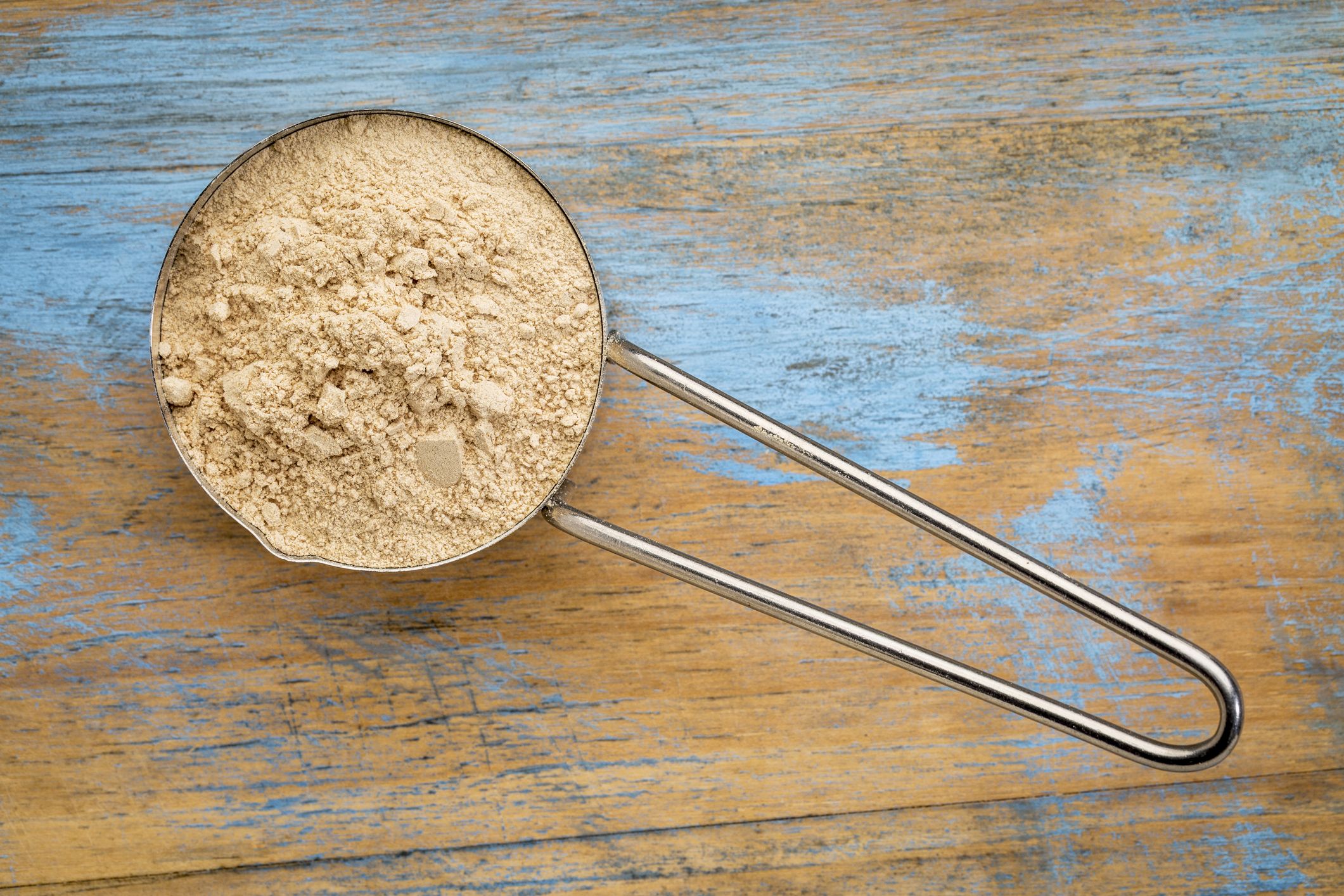 Several studies have linked maca, a Peruvian plant and trendy supplement powder, to increased libido. One 2008 study found maca root could help boost sexual desire and counteract sexual dysfunction for those taking seratonin-boosting SSRI drugs (the most commonly prescribed antidepressant in Australia), which are well known to tank your sex drive. It has also been shown to boost sperm production and health.

The magic ingredient in maca may be arginine, which research has linked to increased testosterone levels, a hormone that promotes libido in both men and women. If you’re going to try it, don’t go nuts. That SSRI study found 3 grams or less (about half a teaspoon) of maca per day was “well-tolerated” among women. 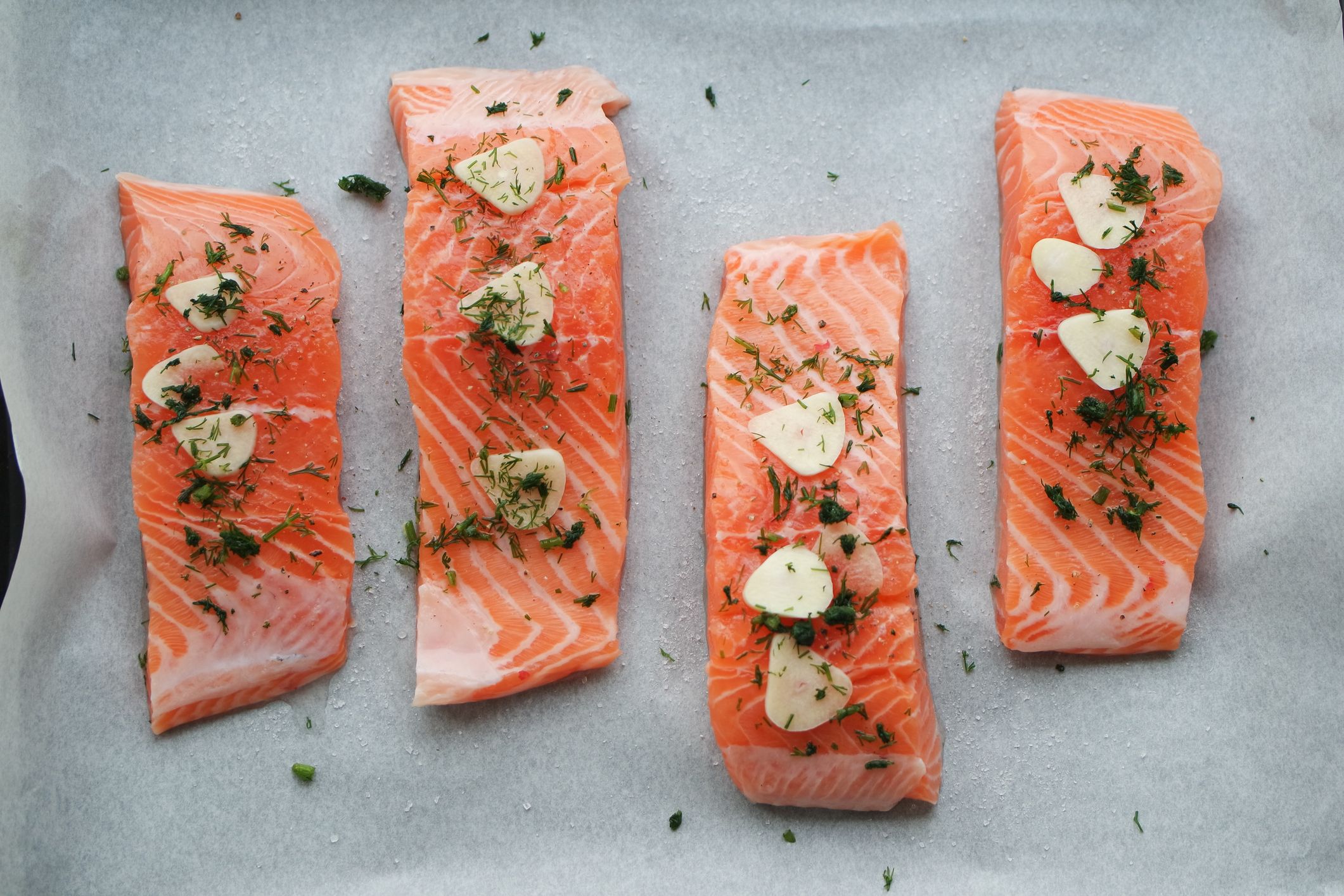 A fair amount of research has linked vitamin D to higher testosterone levels and lower rates of depression - both of which could lead to an uptick in libido. More research has tied low vitamin D levels to reduced desire and sexual satisfaction, along with less satisfying orgasms among women.

But experts continue to debate the amount of vitamin D people really need, or whether D supplements are a good idea. One thing not debated: wild sockeye salmon is one of the few great sources of dietary vitamin D. It’s also rich in heart-healthy omega-3 fatty acids and satisfying lean protein so you can't go wrong adding it to your diet. 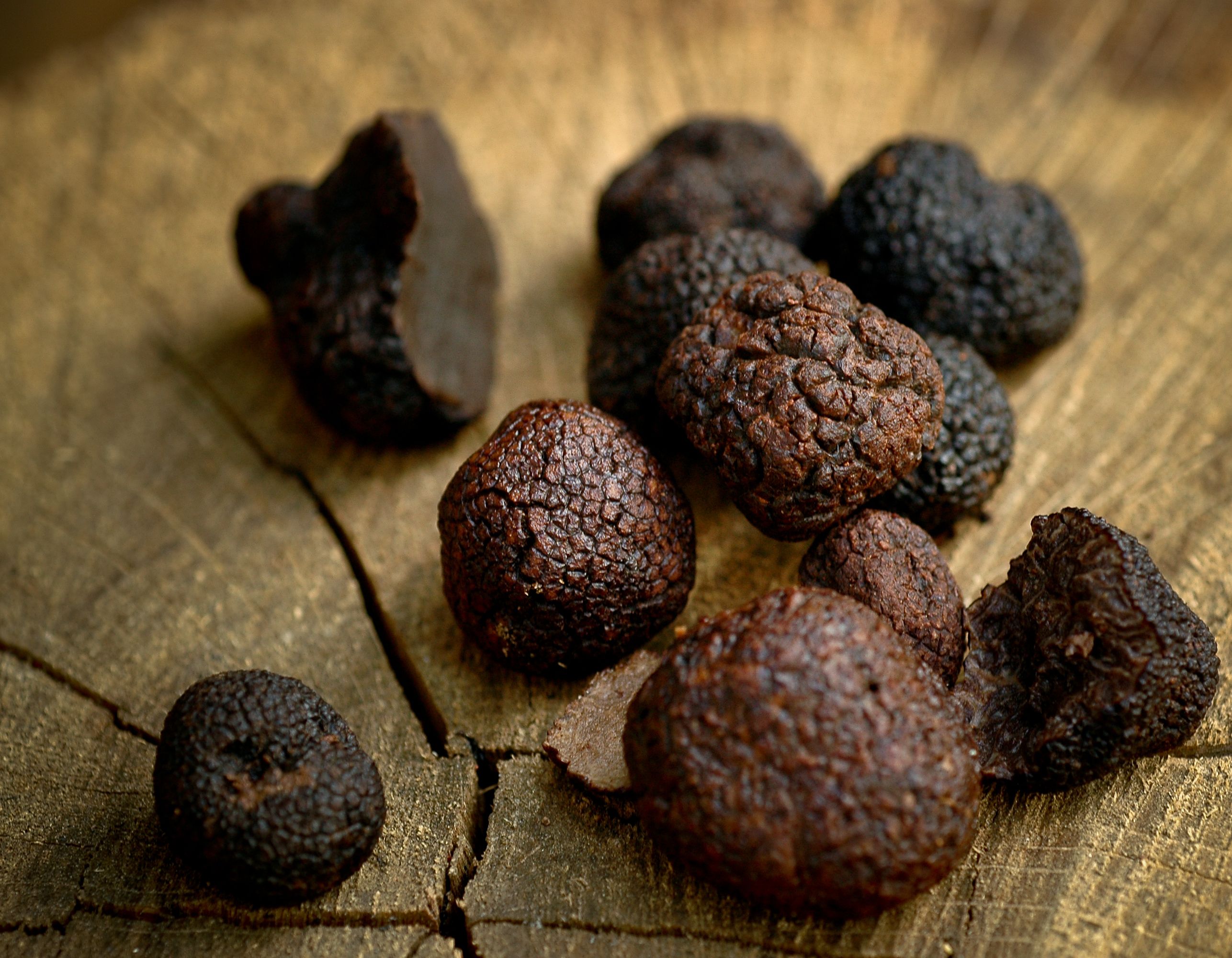 A delicious (and expensive) delicacy, black truffles contain a natural female pheromone called androstenol, which some research has linked to increased sexual desire in men. There’s no direct evidence that eating truffles will increase libido, but it’s a good excuse to pony up for the shaved-truffle dish the next time you and a date are out for a fancy dinner. 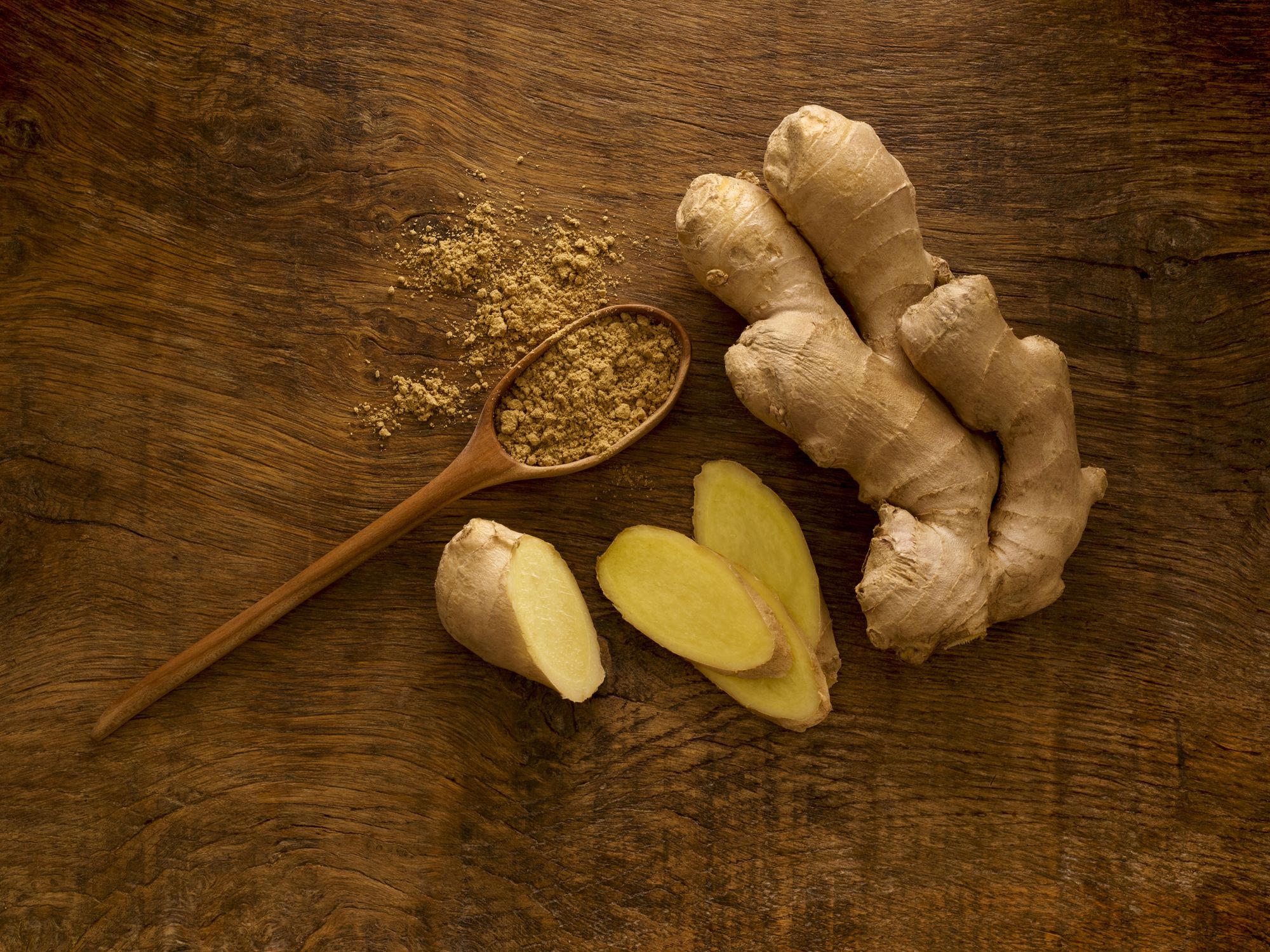 Several studies have linked a variety of African ginger to improved sexual function and desire in men. One of these studies, published in 2010, concluded that ginger might activate a family of enzymes - known collectively as nitric oxide synthase - that support sexual function. Another study linked ginger to increased arousal and sexual stimulation in rats.

But the health benefits of ginger don’t stop there. The root has also been tied to improving muscle and menstrual pain, slashing heart disease risk, and warding off obesity and diabetes. 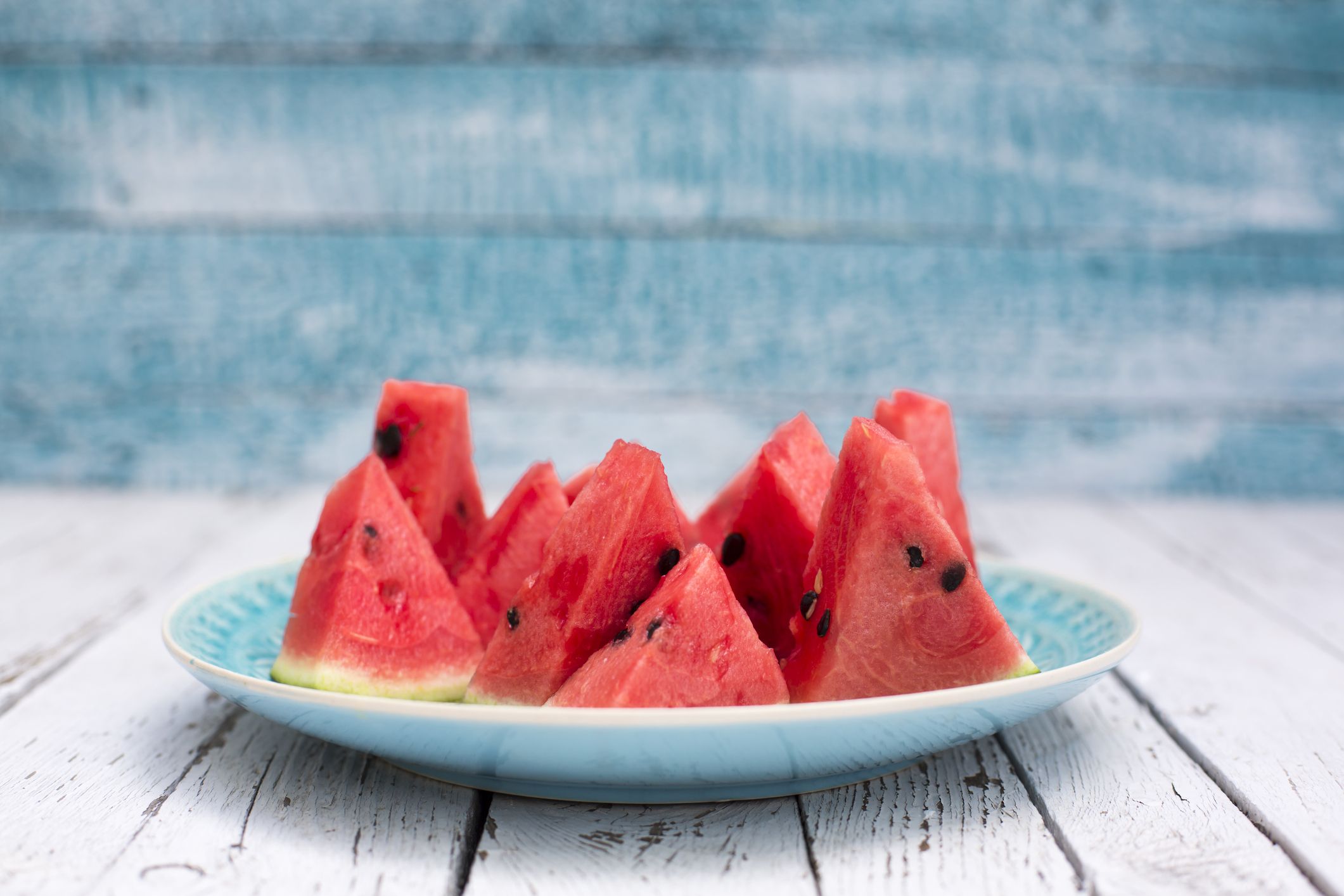 The summertime favourite is loaded with several phytonutrients - including lycopene, and citrulline - that seem to relax blood vessels in ways similar to Viagra, finds a recent study. That’s helpful news for men, but the authors of the study write that this relaxation effect might also increase sex drive in women.

The visual (red colour) and eat-it-with-your-hands qualities of watermelon may also lend to its libido-boosting effect, Lamb adds. Plus, watermelon is super satisfying (since, you know, it’s roughly 90 percent water), making it the perfect low-kJ snack. 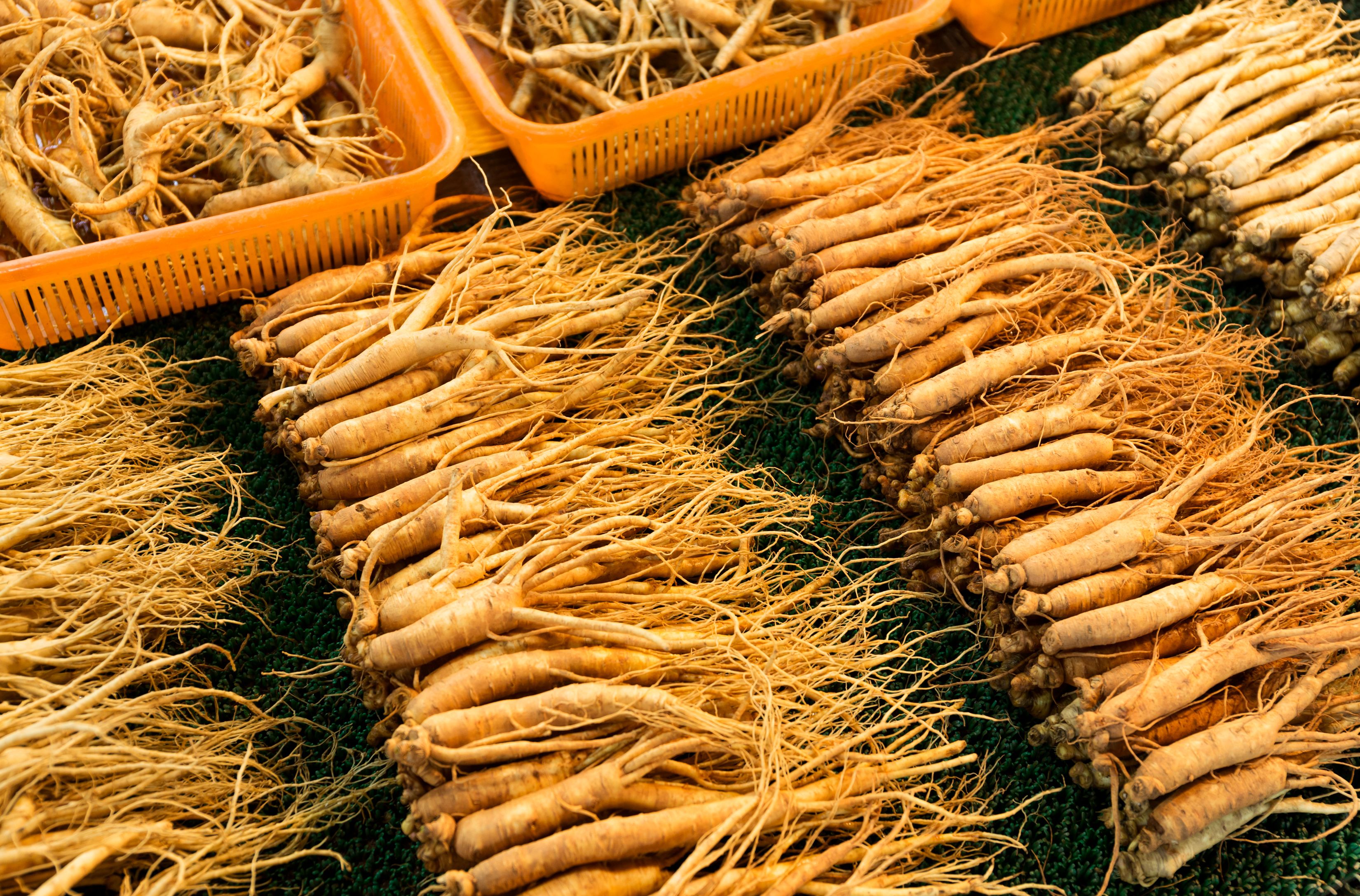 On the other hand, a 2015 paper of aphrodisiac foods in Sexual Medicine Reviews concluded that the data on red ginseng is inconclusive. Also, long-term use of red ginseng - or taking it alongside prescription drugs - may lead to headaches, digestive problems, or blood pressure issues, the NIH warns. If you want to try it now and then to boost libido, the NIH says that kind of short-term use appears to be safe. But taking it daily may be risky, so talk to your doc before you give it a go. 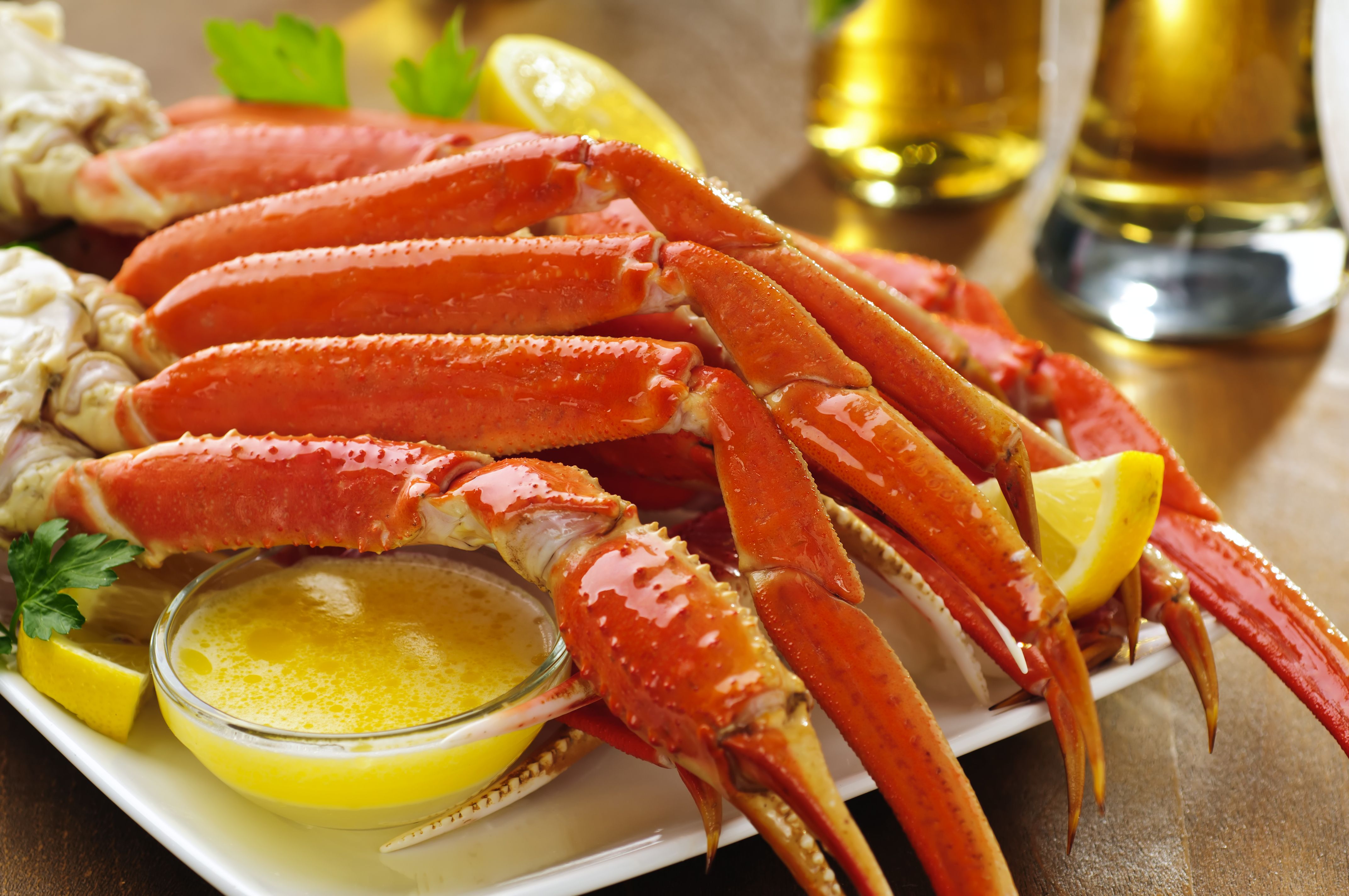 Crab legs are high in zinc, a mineral that not only supports performance but endurance, says dietitian Jessica Swift. One serving of crab has almost all of your recommended daily value of zinc. Go light on the butter as you want to maximise your health benefits in this meal. 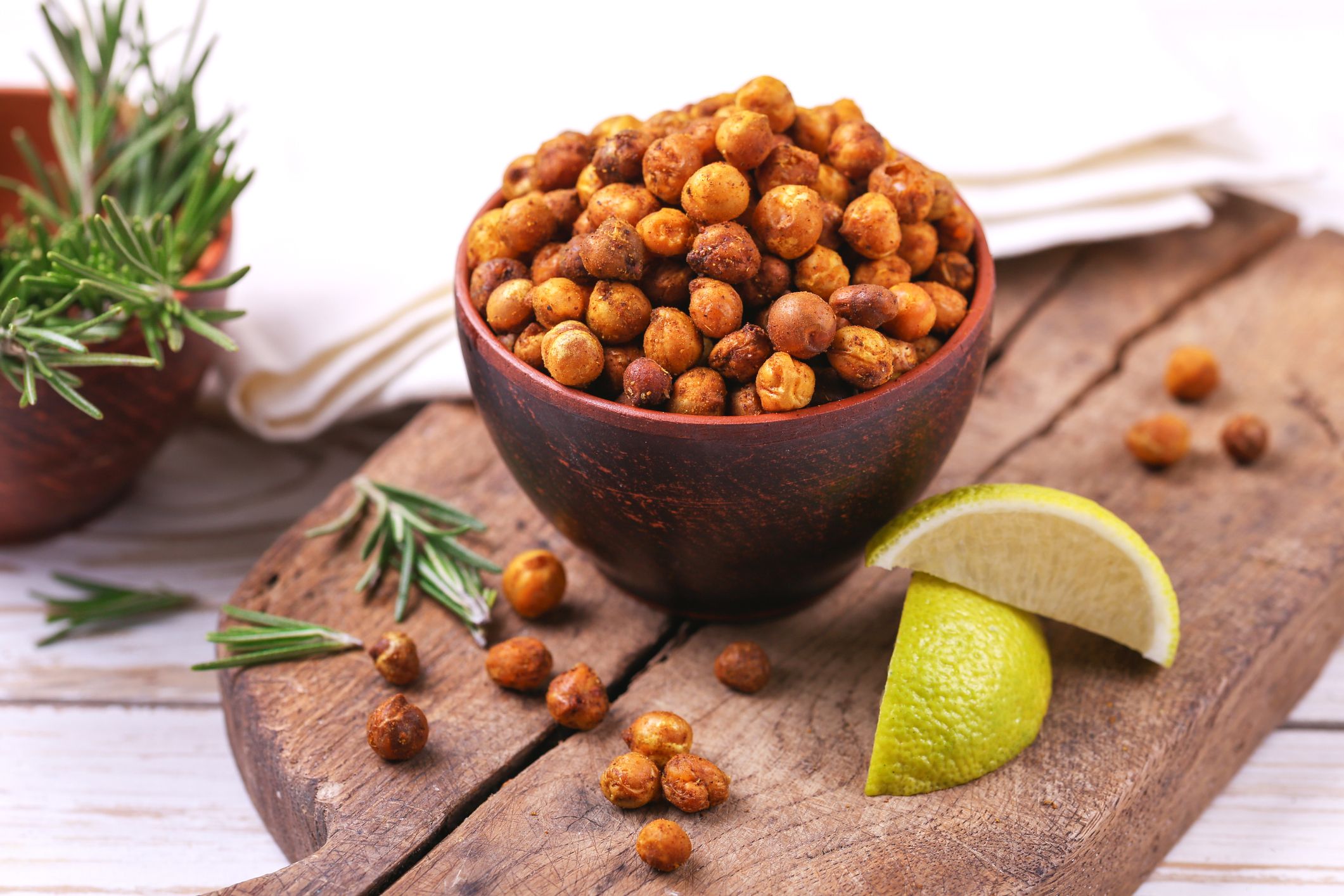 Chickpeas are full of vitamin B6, which is essential for a healthy sex drive and increasing your libido, says Swift. They may also help to regulate the production of testosterone (vital for sex drive) and dopamine (the feel-good hormone). 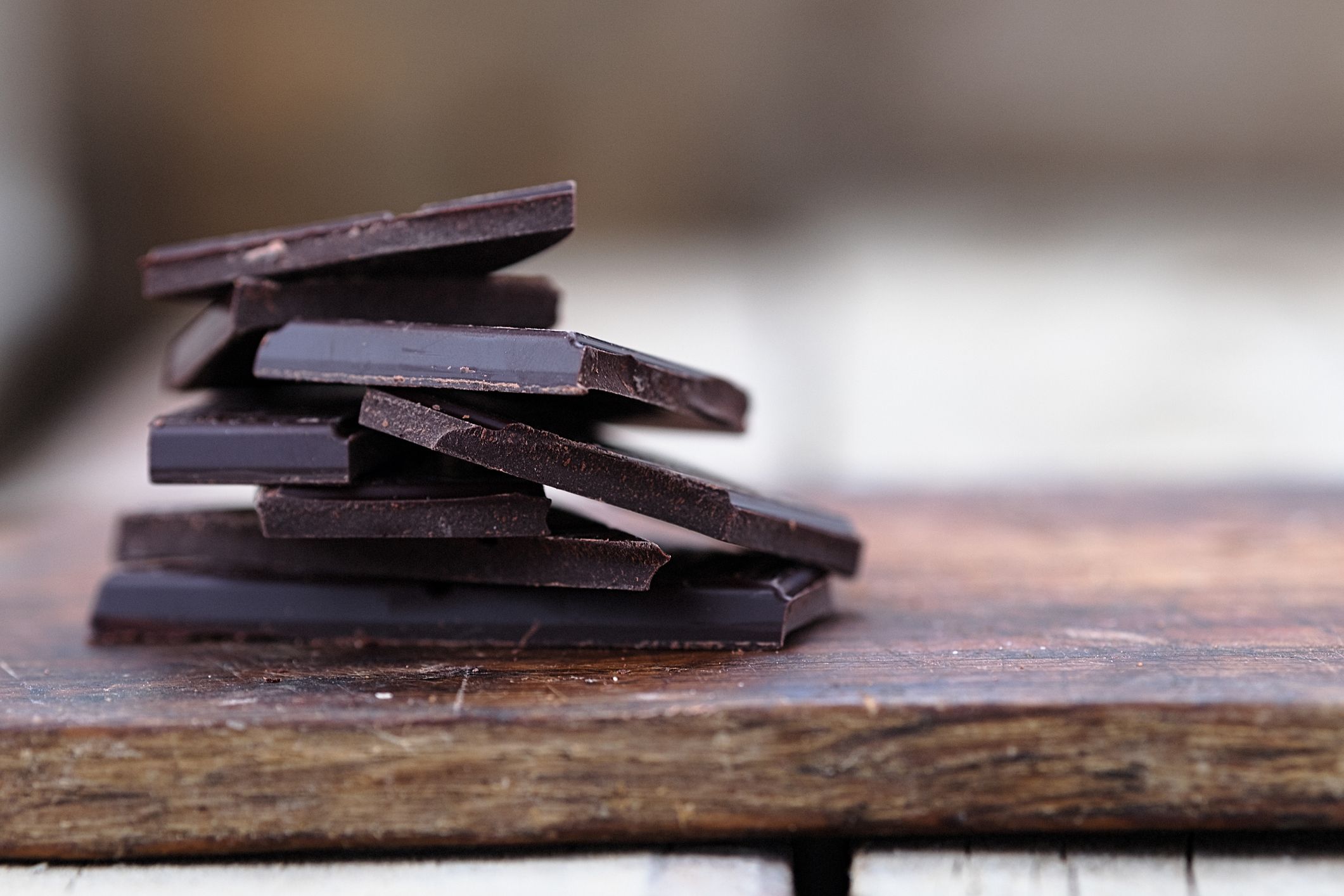 Dark chocolate (70 percent or higher) contains compounds that actually boost the release of feel-good hormones, putting you in the mood for some togetherness, says dietitian Brigitte Zeitlin. Pair it with some dried apricots, as the amino acids in the fruits can give you a boost of energy. 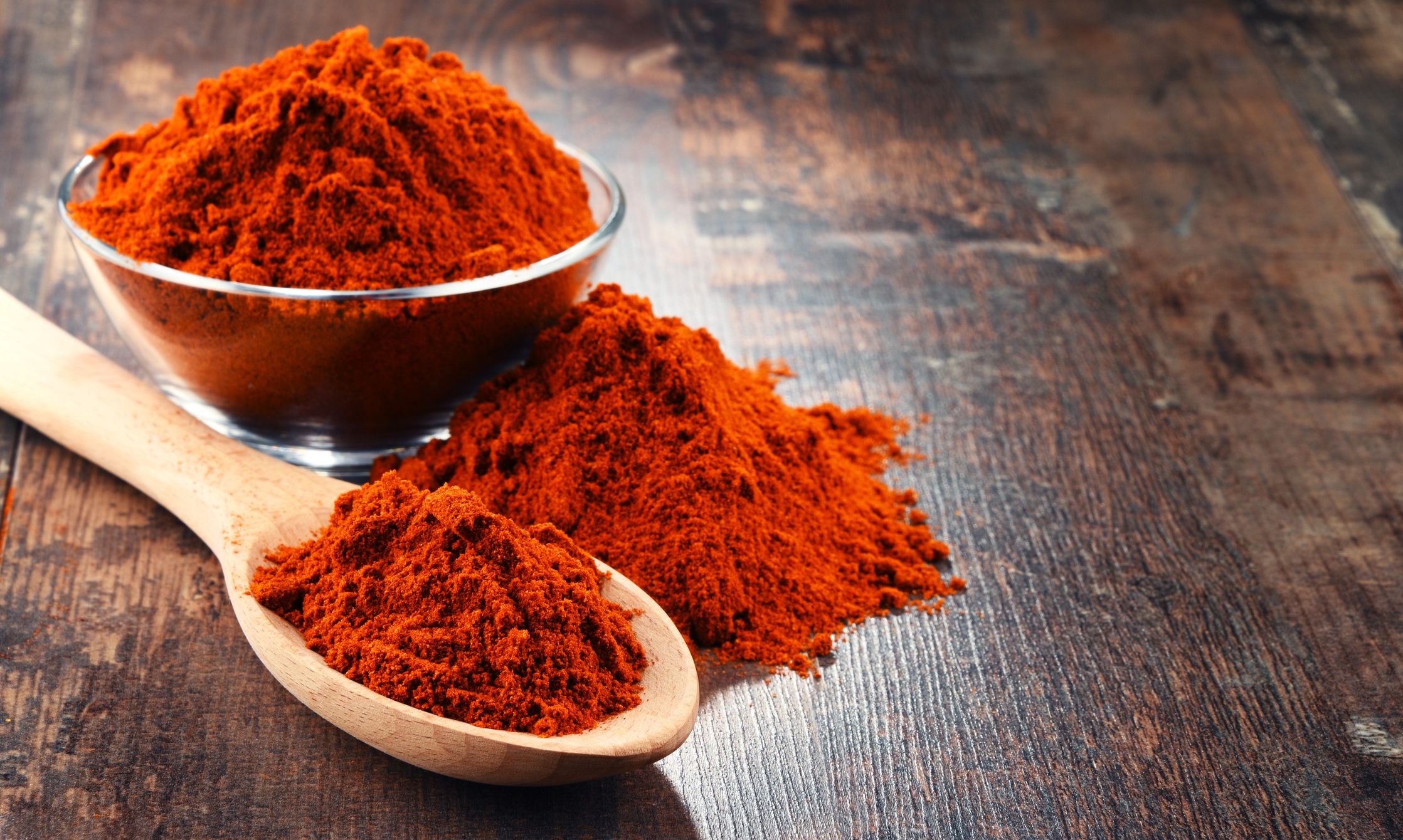 Capsaicin is the main compound in cayenne pepper that gives the spice its zesty kick. It will also give your libido a boost because it improves circulation and elevates blood flow, Zeitlin says. Try seasoning fish, chicken, or beef with some cayenne pepper to infuse some heat. 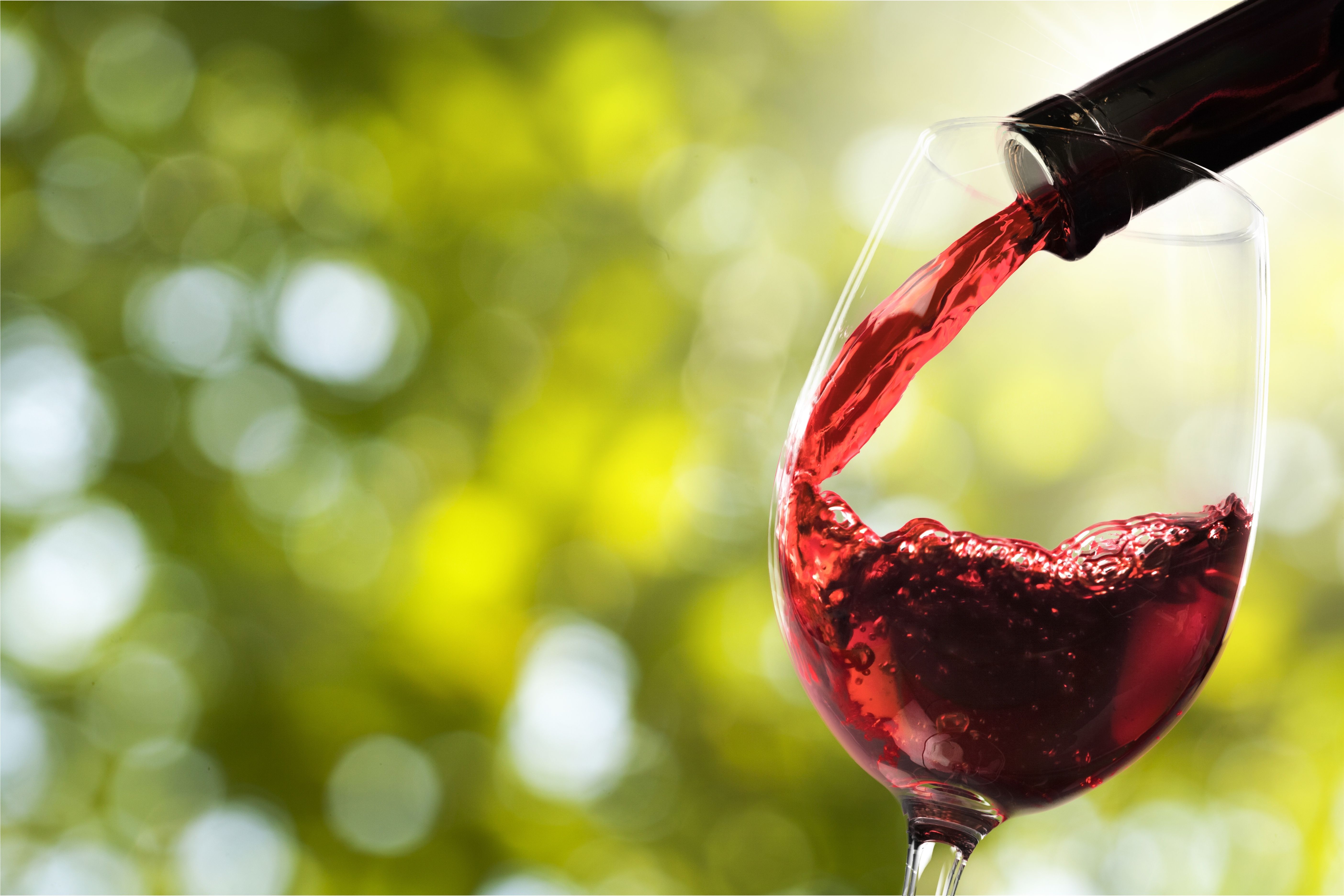 “Red wine contains resveratrol, an antioxidant that promotes good blood flow and circulation, including to the genitals,” says gynaecologist Dr Alyssa Dweck. “However, this is one item to consume in moderation. Too much of a good thing is not good in this case,” she adds. 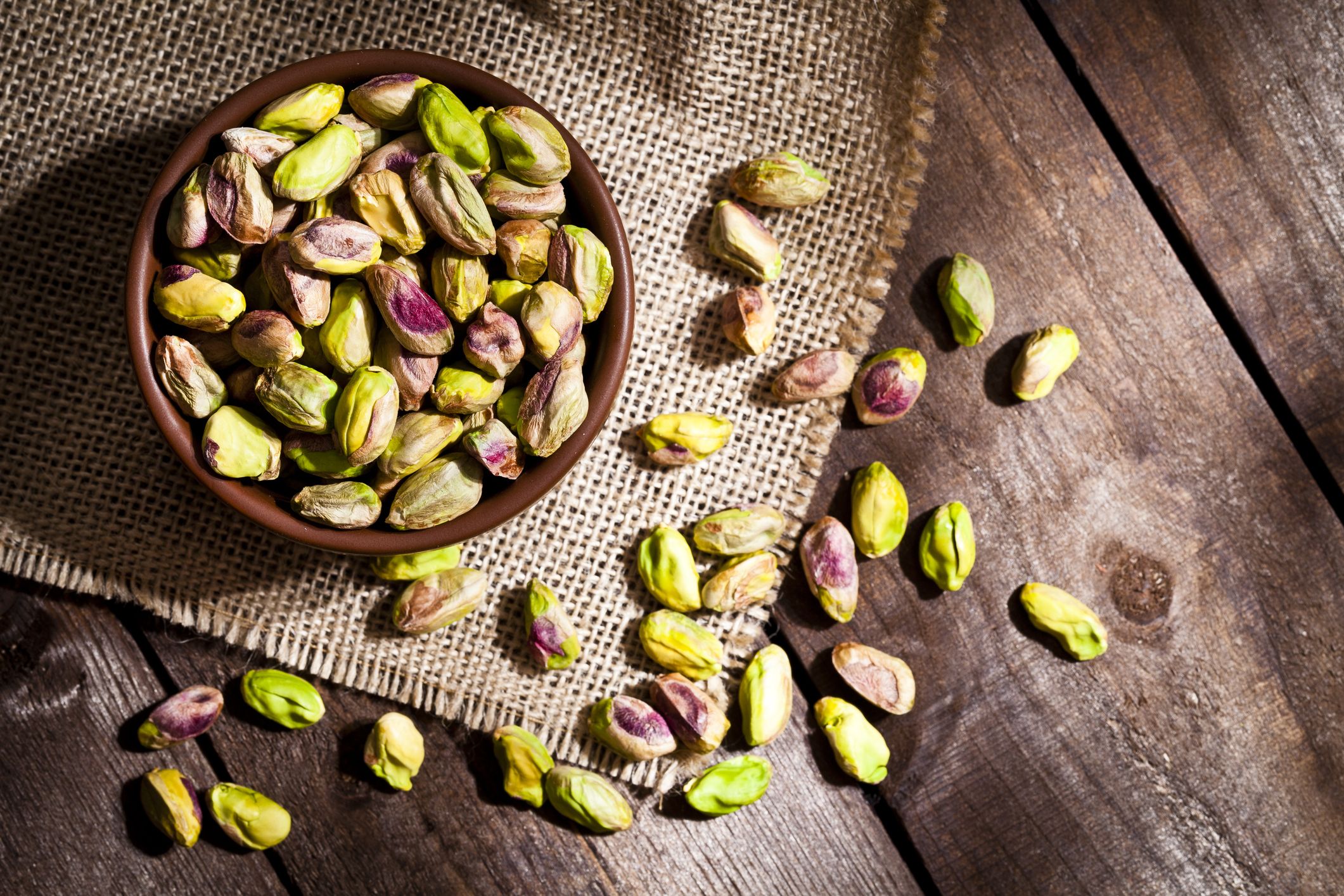 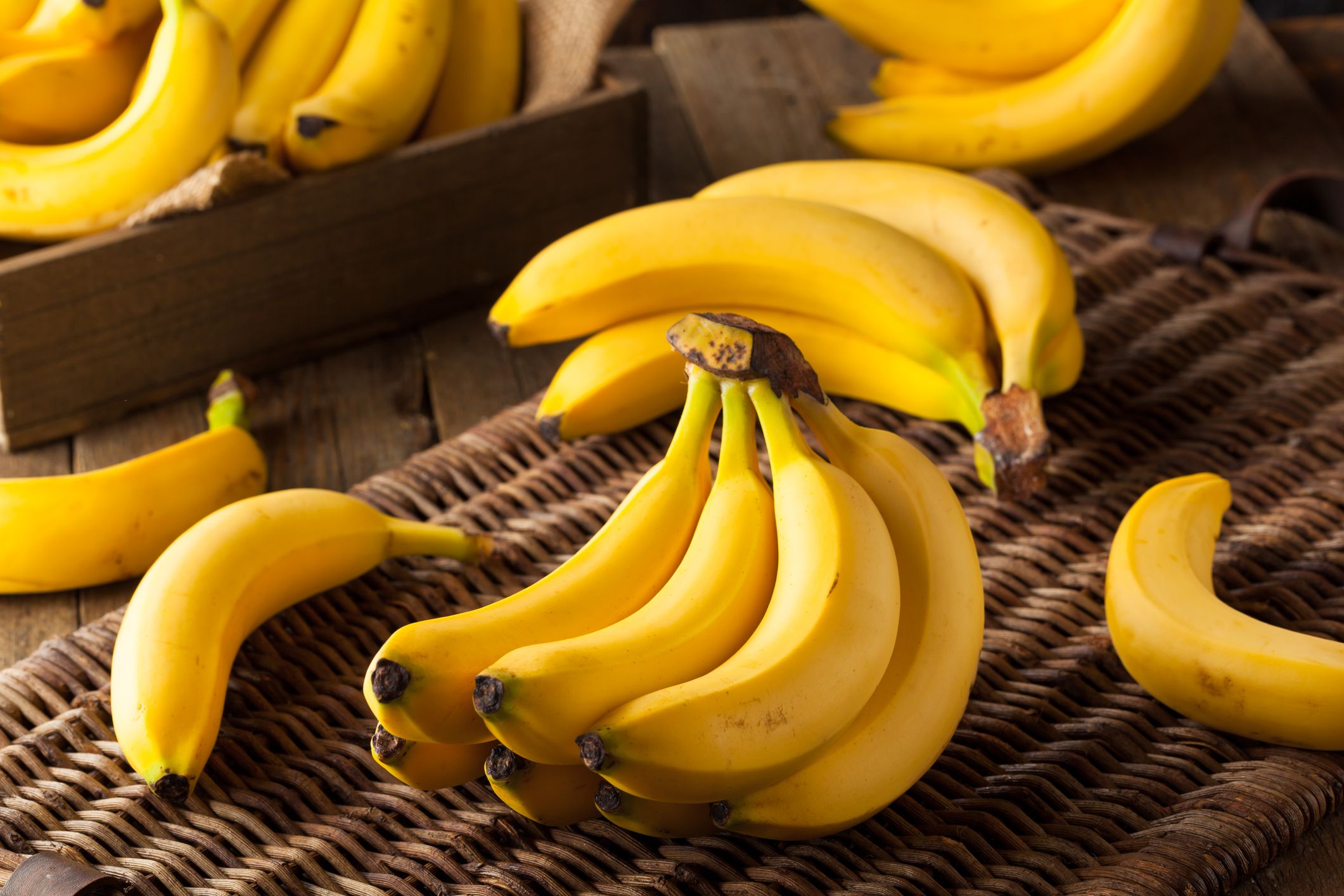 Bananas are rich in potassium, which promotes healthy blood pressure levels and strong muscles. Potassium might also help reduce leg cramps, which can sometimes be a real problem in the bedroom, Dr Dweck says. Add a frozen banana to your post-workout smoothie or add banana slices to overnight oats for some natural sweetness. 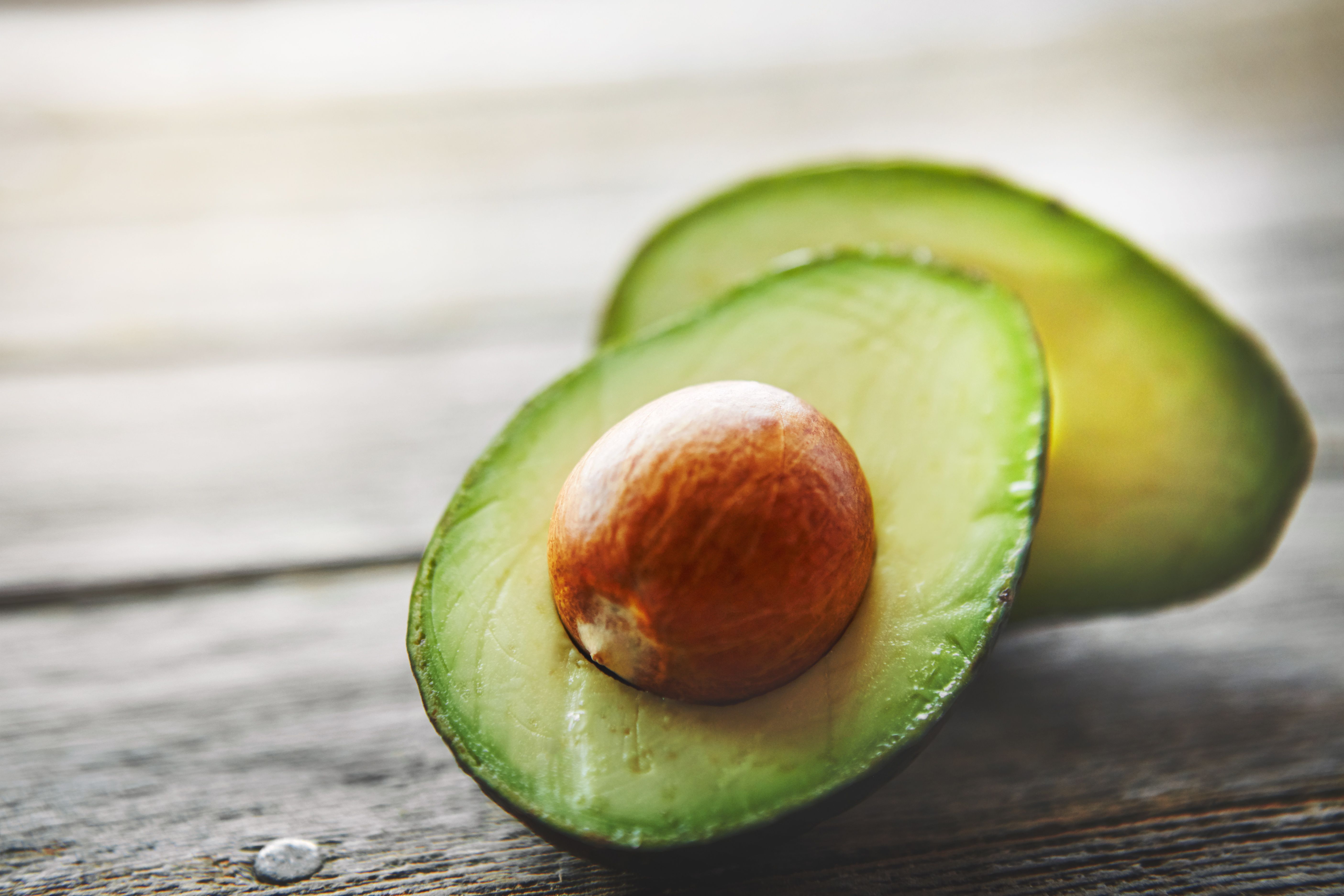 Avocados are rich in omega-3 fatty acids and vitamin E, a nutrient that's essential to hormone production and sexual response. Just one-third of an avocado contributes around 20 vitamins and minerals that promote good overall health. Enjoy avocado toast, whip up some guacamole, or add a few slices to your salads and sandwiches. 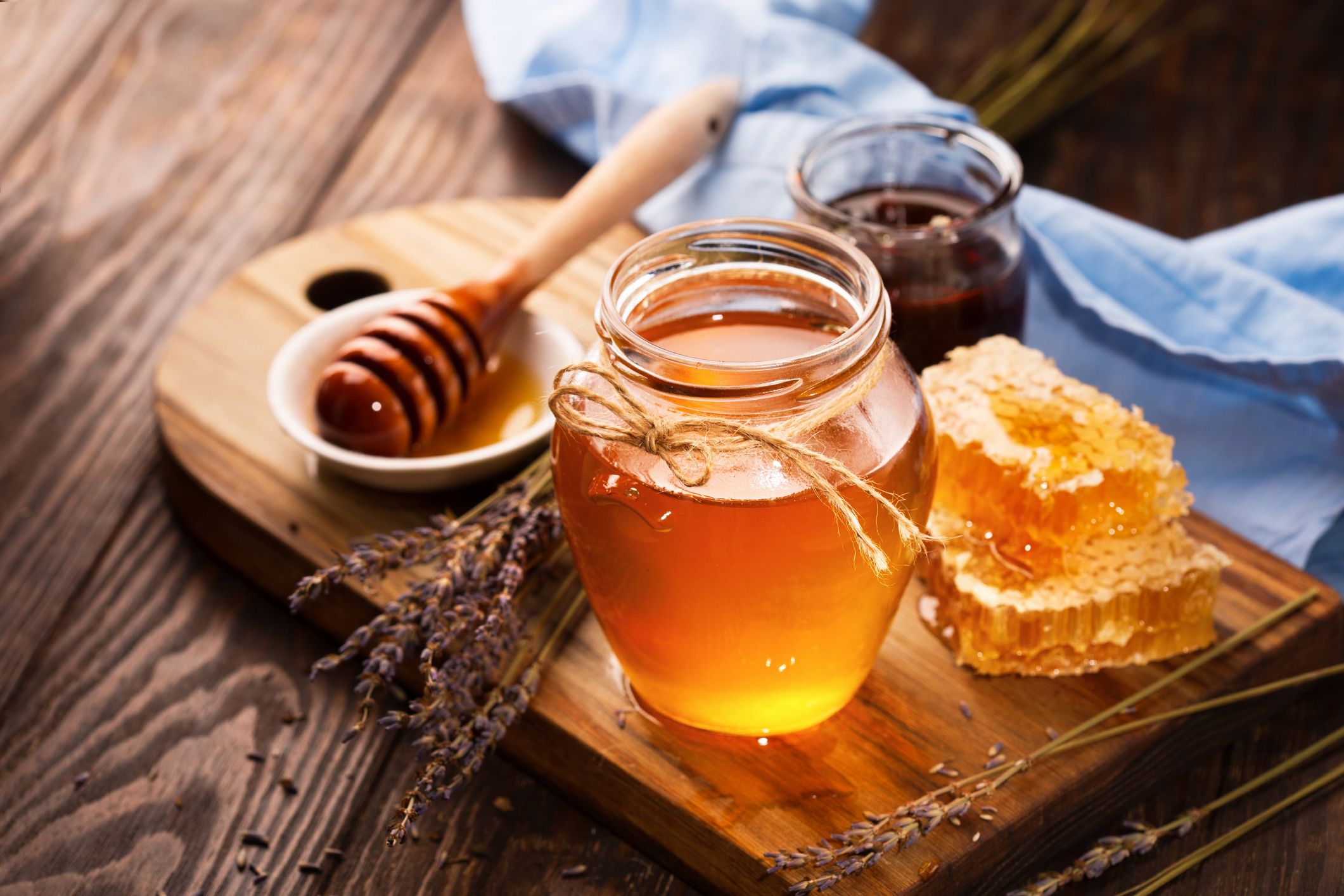 Honey can help enhance sexual stamina by boosting energy levels, Dr Dweck says. Manuka honey, in particular, boasts plenty of health benefits as well, from treating acne to improving gut health. Add a touch of honey to a warm cup of tea to soothe a sore throat or in a homemade salad dressing to balance the acidity of balsamic vinegar. 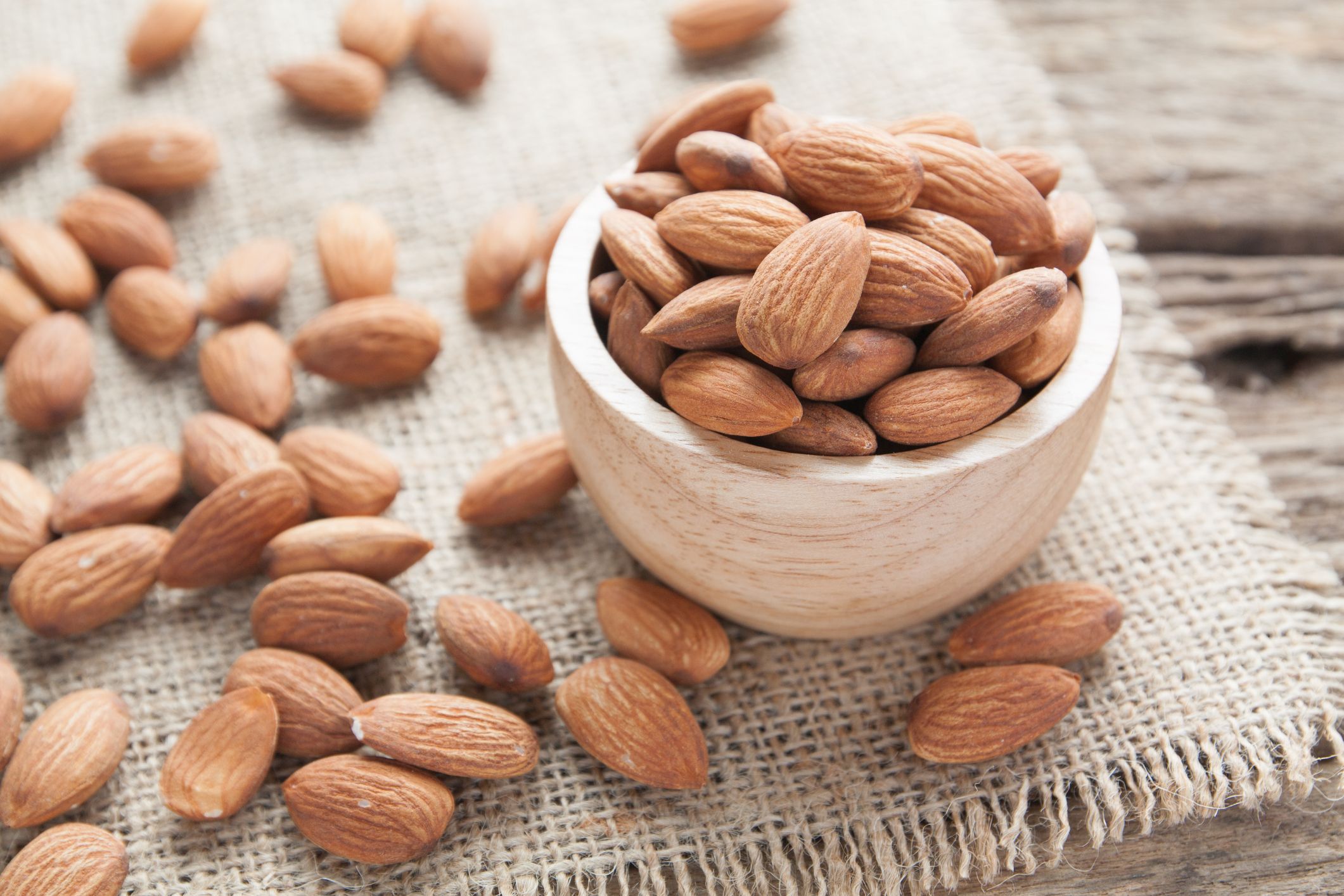 Almonds contain protein and healthy fats, which are nutrients that provide you with slow, sustained energy for a romantic night ahead, says dietitian Christy Brissette.

“Almonds are an excellent source of magnesium and vitamin E, an antioxidant that promotes blood flow and prevents clotting. This is important because blood flow to the right places is essential for getting in the mood,” she says. “Magnesium also helps regulate blood pressure levels along with muscle and nerve function. High blood pressure is a common cause of erectile dysfunction.” 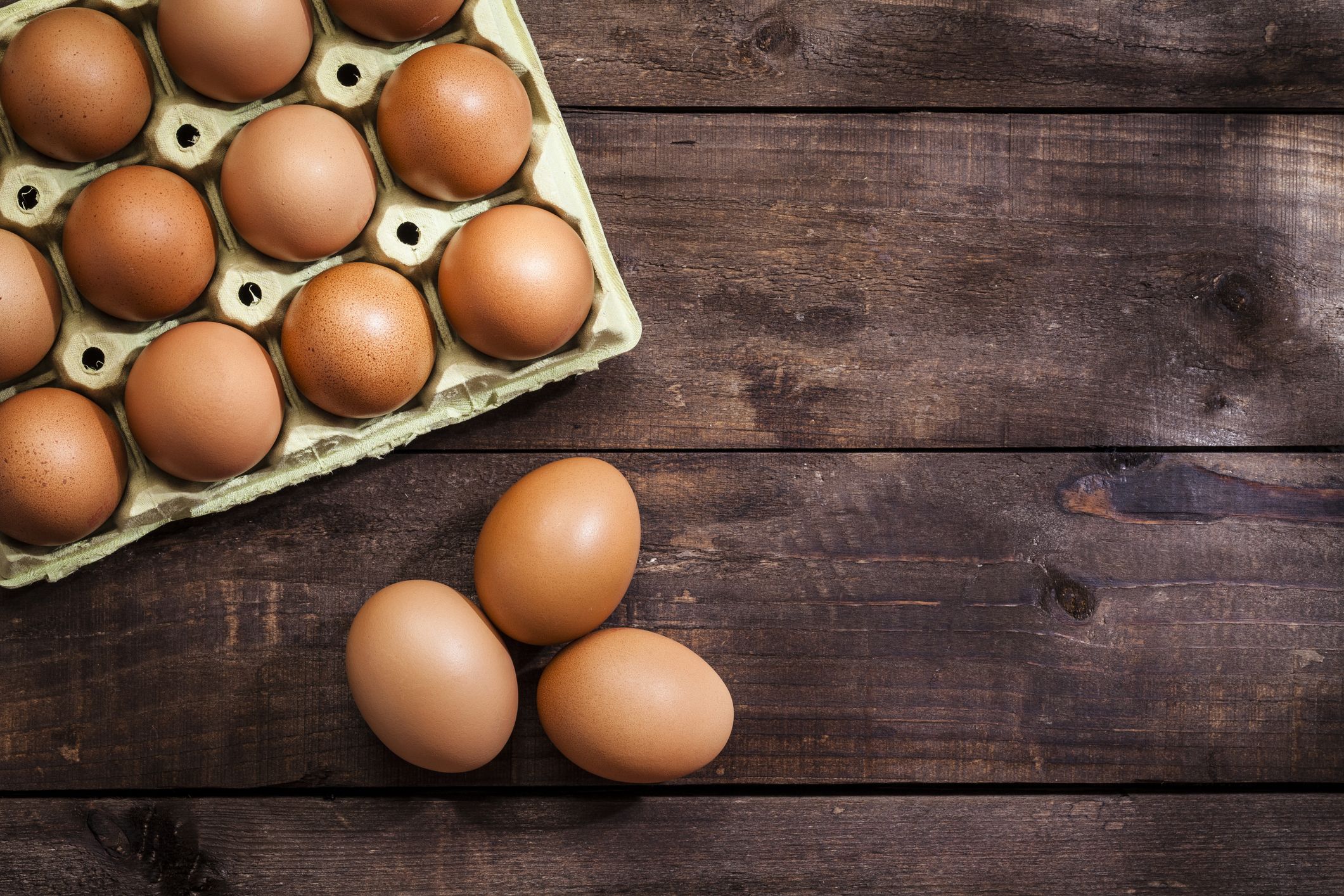 Eggs have long been a symbol of fertility in cultures throughout the world, and they might be a good go-to for getting in the mood if you’re trying to start a family. Two large eggs provide 12 grams of high-quality protein along with 13 essential nutrients, like riboflavin, pantothenic acid and selenium, Brissette says. Riboflavin plays a key role in energy production, while pantothenic acid helps regulate sex hormone production and selenium can aid in reproduction. 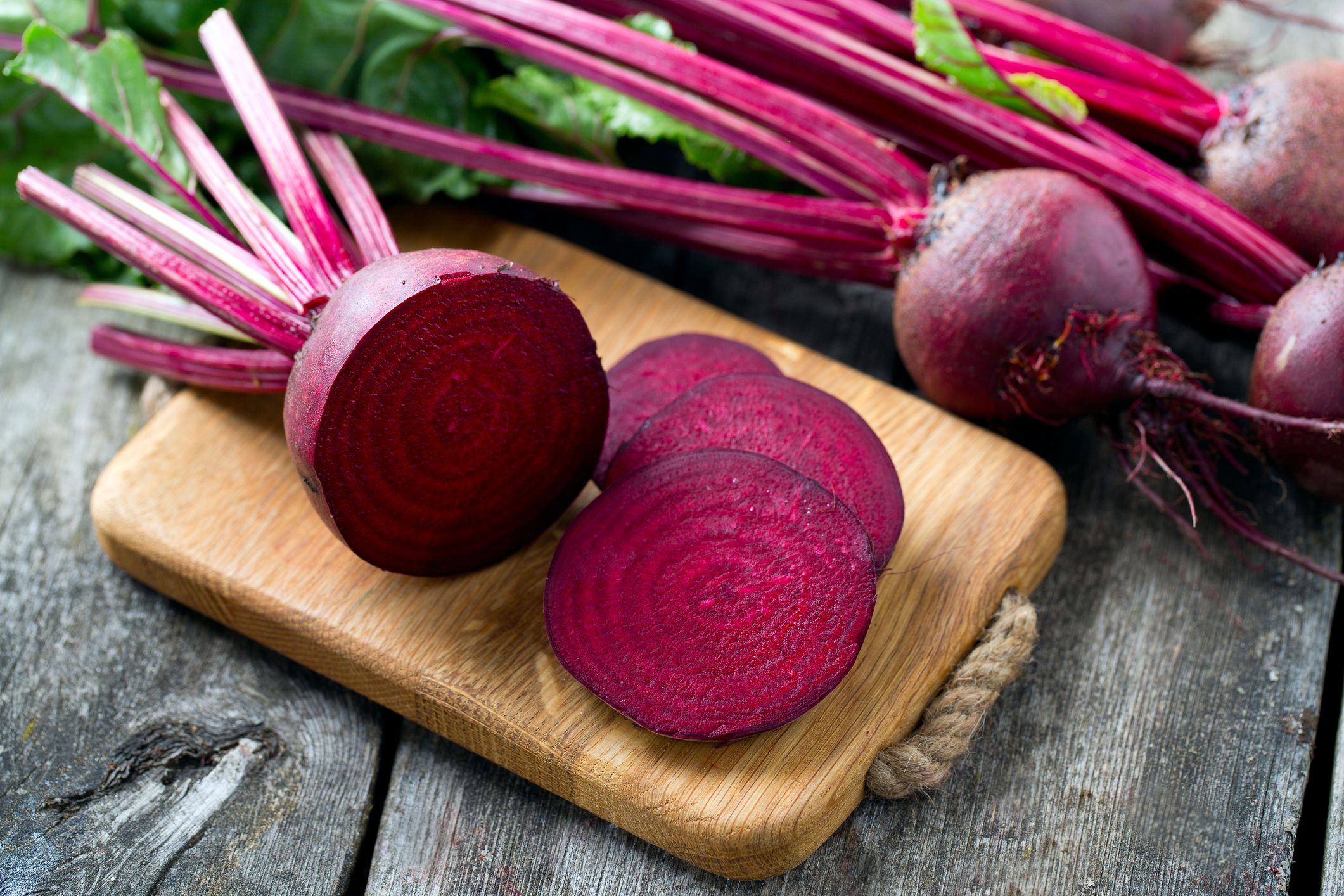 "For increased blood flow, you want to increase your intake of beetroot and green leafy veggies. They help boost the production of nitric oxide (NO),” says gynaecologist Dr Felice Gersh. “NO helps dilate arteries and keeps the blood flowing freely and well."

I have read and accept the privacy policy and terms and conditions and by submitting my email address I agree to receive the Prevention newsletter and special offers on behalf of Prevention, nextmedia and its valued partners. We will not share your details with third parties, and will only share delivery information in the event of you being a prize winner.
This article originally appeared on prevention.com
© prevention.com
First published: 20 Jan 2021
Tags:  bedroomintimacymarriagerelationships