On the door of my old office, printed in a bubbly font and affixed with hot wax, there's a sign that reads "Land of the Misfit Toys." It was an apt description of the ragtag bunch on the other side of the door. We were all misfits, but we fit together perfectly, three men and that one lady—me. 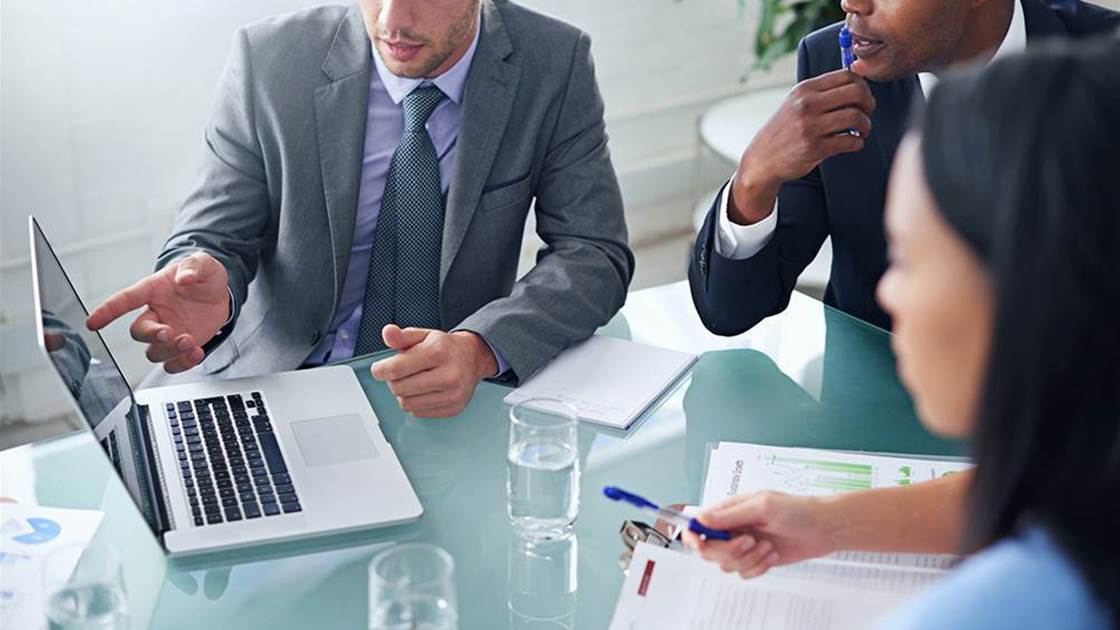 When I started working as a reporter for my hometown's small community newspaper in 2001, it was like rejoining a family. The chief editor had been my internship supervisor during high school, and the sports editor had been a reporter during my internship who had since climbed the ladder. A few years later we were joined by another editor—a man who'd been the sports editor during my internship; he had left for another job, only to return to manage things on the news front. I shared an office, first with one of the guys then all three, as the only female in the room for nine straight years.

They were my friends. They were my brothers. And somehow, despite being the youngest in the room by eight years, I became like a den mother to them all.

As a woman and mother of a daughter, I'd like to say that the stereotypes about working with men versus working with women are just that—stereotypes. The truth is, some are tired sexist tropes that should have been retired with the scrunchie. I've worked with awesome women over the years, and some of my best female friendships were forged on the job. And yet when the Pew Research Center released a survey in 2014 that showed people who care about the gender of their co-workers would prefer to work with men over women by a two-to-one margin, I got it.

When I think back to my time at the paper, I know a typical week with "the guys" wasn't always perfect, but there's not a lot I would have changed, either.

Mondays were deadline days at our twice-weekly newspaper, one of two days during the week when staff had to be in the office building all day, putting the paper together to send off to the printer. The token night owl on the team, I always stumbled in later than the rest of the pack. My first stop? Not the coffee maker. Not the bathroom. I went straight for the thermostat.

Yes, stereotype numero uno about office-sharing with a bunch of dudes is true: If they control the thermostat, you'd better bring a blanket and set of gloves.

Set down low on the weekends to conserve energy, the thermostat might have been dialed back up by one of the guys on their way through the door on a Monday morning. But they tended to go no higher than a brisk 18 or 19, which would leave me hunched in my parka all morning. So I turned it up two or even four notches. Sometimes they'd grumble, but they never once changed it, not even if I scooted out of the office to grab lunch or cover a mid-afternoon meeting.

I realised early on in our working relationships that no one was trying to freeze me out. They were comfortable, so they just didn't think someone else might not be. This may be the single most important realisation I had over my years of working with the guys. They were often thoughtless, but it was rarely intentional.

When I'd get frustrated, I'd stop and think about their motivations. Whether it was in turning our office into a freezer or leaving the toilet seat up in our shared bathroom (which didn't have a window or an exhaust fan, by the way!), my grumbles usually came down to something that could be fixed if I just spoke up and told them I was bothered by it.

What's more, despite any stereotypes that exist about men being uncomfortable with take-charge or "bossy" women, the guys in my office didn't just accept it when I made decisions for us all: They expected me to take care of the "little" things. Take food, for example.

Mondays and Thursdays—the second of our two deadline days—were the two days of the week when we ate lunch together as a team. If there was to be any sort of takeout order made, invariably that fell to me. I was the office's sole planner, the only one to reason there would be a mad dash for lunch at the appointed hour and suggest we gather a list of orders and place them at least 30 minutes before noon to avoid wasting time.

Nor were lunches the only thing dropped into my court (to use one of their metaphors; I confess I tuned out of most of the sports talk). Details were rarely my co-workers' strong suit. Although meticulous at their jobs, they didn't circulate birthday cards for everyone to sign. I bought them, furtively moved them from desk to desk, and made sure they were sealed and delivered by lunch time. They didn't look ahead to holidays and decorate. I bought us a small fake tree and stockings one year that we used over and over again.

And yet, what they lacked in planning skills, they more than made up for in their ability to step in at a moment's notice.

Nearly four years into the job, I gave birth to my daughter. I cut back to 30-hour weeks and shifted some work hours to nights (so my husband could care for our daughter while I worked), which meant less in-office time. On non-deadline days—Tuesdays, Wednesdays, and Fridays—I was free to come and go and bring my small child with me if needed. My editor made that happen; he's the one who helped me fight for a flexible schedule and paid vacation days.

He and the other guys welcomed their newest—and smallest—office addition with gusto. After visiting a local farm for an interview about dairy prices or stopping at the local school to take photos of pajama day, I'd often swing into the office mid-day, child on my hip, and find someone at the ready to provide a quick distraction so I could accomplish some work.

While Uncle Frank flipped my daughter upside down and held her by her ankles, she screamed with laughter and I hammered out a quick report on a school budget vote. While she played quietly on the floor with Uncle Rob's toy models, I'd dump my camera's memory card into the newspaper's computer system. And while Uncle Dan quizzed her on her colours and numbers, I made phone calls to local police sergeants to assess the damages of a recent flood.

I recognise that I found men who represent the ideal in society, men willing and able to accommodate working mothers, men who look at female colleagues as equals in all ways. At a time when I was struggling with postpartum depression, financial insecurity and guilt over the time I spent working instead of focused on my daughter, they were "my guys," my backup team.

When I left the local paper in 2010 to transition to online work to better support my family, it wasn't an easy decision. Since then one of the men has died, but I still consider the other two among the people I hold most dear in my life. If we ever had the chance to share an office again, I'd do it again in a heartbeat.

I have read and accept the privacy policy and terms and conditions and by submitting my email address I agree to receive the Prevention newsletter and special offers on behalf of Prevention, nextmedia and its valued partners. We will not share your details with third parties, and will only share delivery information in the event of you being a prize winner.
This article originally appeared on prevention.com
© prevention.com
First published: 24 May 2017
Tags:  coworkersemploymentoffice environmentwork