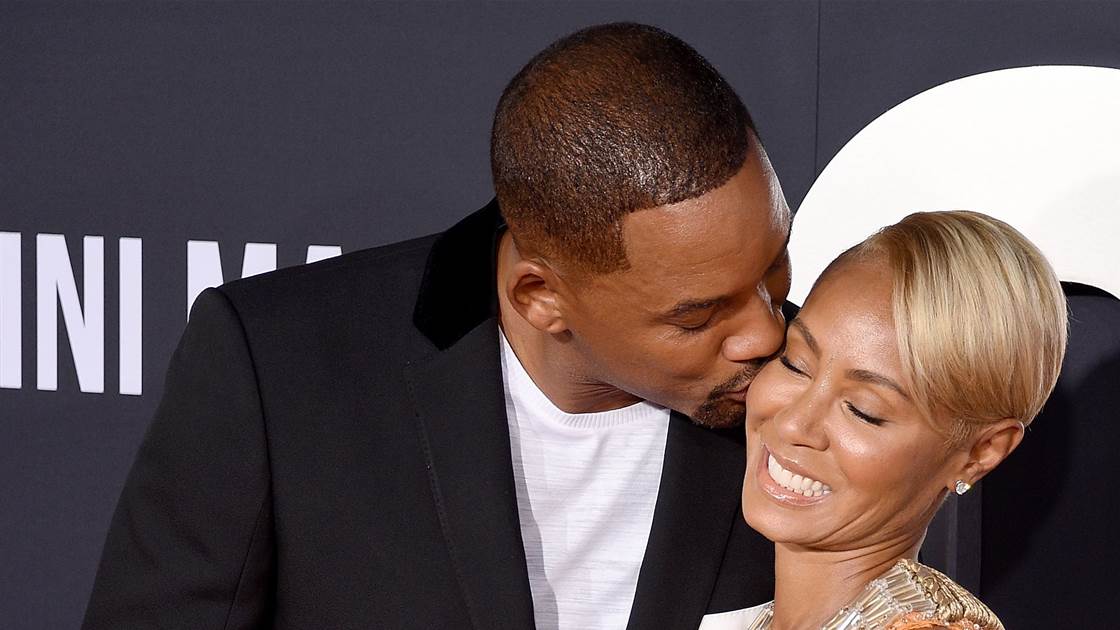 Will and Jada Pinkett Smith have faced many of the same relationship troubles non-celeb couples do. Throughout the years the couple has been open about the work they put into their (open) marriage, and now they're explaining how one simple (but important) concept is changing their sex life: good communication. Pinkett Smith got candid about how the pair keep the spark alive in the bedroom.

“It’s hard,” the Girls Trip actress said in a conversation with Gwyneth Paltrow on an October 27 episode of Red Table Talk. “The thing Will and I talk about a lot is the journey. We started in this at a very young age, you know, 22 years old.”

But even now, over 25 years into their relationship, like many of us, they still need to work to keep each other satisfied in their open relationship. “I think you expect your partner to know [your needs], especially when it comes to sex,” Pinkett Smith continued. “It’s like, ‘Well, if you love me, you should know. If you love me, you should read my mind.’ That’s a huge pitfall.”

“Isn’t it weird, though?” Paltrow responded. “It’s like someone doesn’t read your mind and we feel crushed.”

“You tell me what you need. Tell me what you want, and on top of it, I know that I have to be accountable to do the same,” Pinkett Smith said. “It’s uncomfortable, but it’s deeply healthy—and I think around sex, because it’s something that we don't talk about and there's so much fantasy around it.”

Both Will and Jada have both been honest about their unconventional approach to a long term marriage. In September, Smith opened up about why the pair don’t practice monogamy. “Jada never believed in conventional marriage,” the actor told GQ. “We have given each other trust and freedom, with the belief that everybody has to find their own way. And marriage for us can’t be a prison.”

The couple also doesn’t refer to themselves as “married” anymore; they use the term “life partners” instead. “I needed a different form to dissolve all the expectations that I had of a marriage,” Pinkett Smith told People USA in 2017. “I needed to do that to see Will outside ‘husband’ and see him as a human being.”

But Pinkett Smith’s comments on Red Table Talk don’t mean that her relationship is in trouble—she’s trying to help other couples work through the same age-old problems. “Stop making up headlines,” she tweeted. “Will and I have NEVER had an issue in the bedroom. Thank you.”

“I don’t suggest this road for anybody,” Smith told GQ last month about the pair's open marriage. “But the experiences that the freedoms that we’ve given one another and the unconditional support, to me, is the highest definition of love.”

Whatever the couple does to keep the flame alive, appears to be working. We wish the two a lifetime of happiness!

I have read and accept the privacy policy and terms and conditions and by submitting my email address I agree to receive the Prevention newsletter and special offers on behalf of Prevention, nextmedia and its valued partners. We will not share your details with third parties, and will only share delivery information in the event of you being a prize winner.
This article originally appeared on prevention.com
© prevention.com
First published: 31 Oct 2021
Tags:  celebritygood communicationjada pinkett-smithlong termopen relationshiprelationshipssexsex life