My Ageing Parents Moved In With Me, And This Is What It's Like

Judy Morgan, 57, is a veterinarian in New Jersey. In July 2016, she and her husband moved her ageing parents into a new home for the four of them to live comfortably together to share the caretaking responsibilities of her 81-year-old father, who has Parkinson's disease. This is their story. 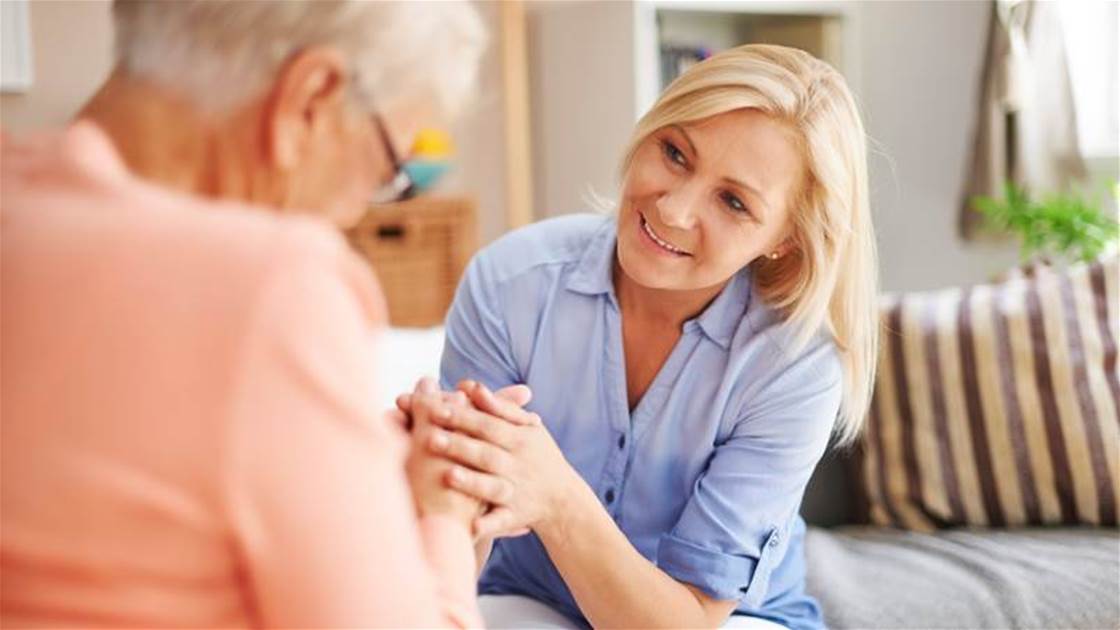 Once or twice a week, my husband and I would have dinner with my parents. They lived about seven or eight minutes away. They weren't going out a whole lot. My dad was diagnosed a couple years ago with Parkinson's disease. His mind is a little unclear, and he doesn't like to interact with people very much anymore.

But in February 2016, we went away for a month. A week after we came back in March, I called my mum, now 79, after receiving a message from my sister to make sure everything was okay. My mum lost it; she started crying hysterically, and I could hear my dad yelling in the background, "We need help right now! You need to come here right now!"

Unbeknownst to us, my mother, who is 4'10", had been helping my 6'1" father in and out of bed as much as 15 to 20 times a night to use the bathroom, a side effect of his having prostate cancer years ago. He wasn't sleeping, she wasn't sleeping, and they weren't discussing it with anybody.

MORE: How I Told My Mum it Was Time For Her To Stop Living Alone—And What Happened When She Didn't Agree

"I haven't had a full night's sleep in two years," my mum confessed when we arrived. "If I sleep half an hour at a time I'm so happy." I couldn't believe it. They had been suffering in silence all that time. I told her I wasn't going home.

We brought in a hospital bed for my dad, my husband slept on the couch, and I slept on the floor in their living room. I put my mum in another bedroom just to sleep for a few nights, and then we started rotating who would stay up at night to help my dad. But eventually I had to ask my mum what our long-term plan should be, because we couldn't keep doing that.

We tried hiring people to help hourly, but the money added up quickly. Then, my dad was hospitalised for a week and got much worse after having a horrible infection and bleeding due to a misplaced catheter. My mother slept on the floor next to him in the recovery facility. Seeing how poorly he was cared for made me vow that never again will either of my parents be in a long-term care facility. 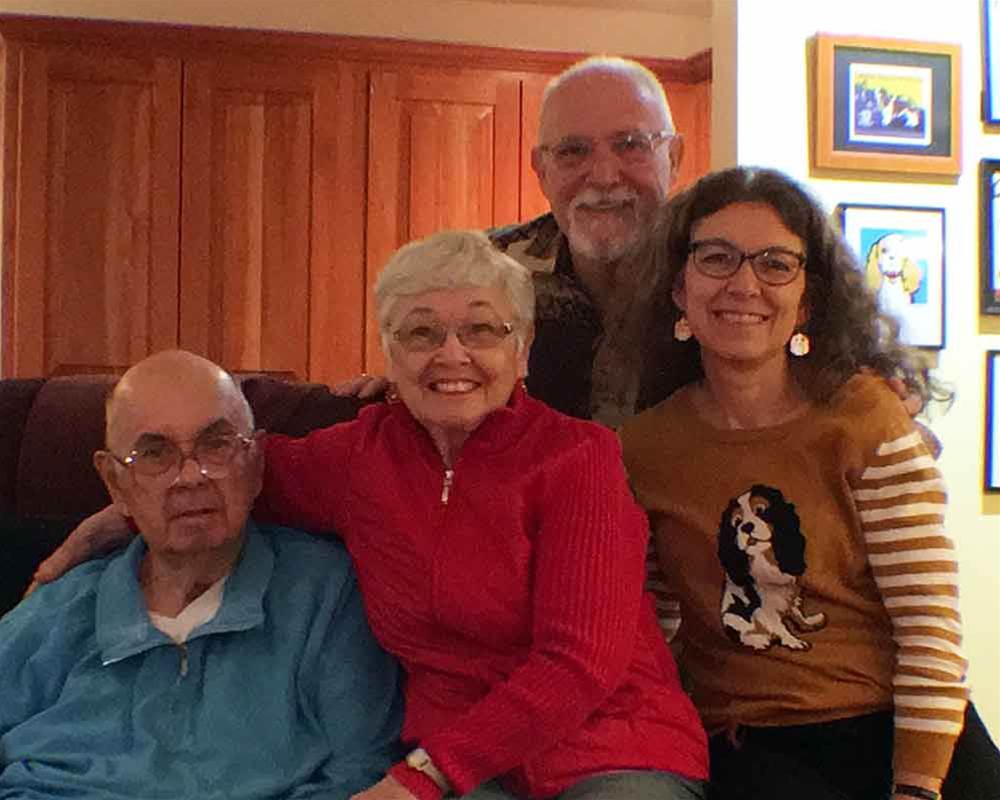 But I knew we also couldn't sleep on their living room floor long-term. I had a tough discussion with my mother. She's usually like the Energizer bunny; she's a ball of fire. But I looked at her and said, "Mum, you are dying. I'm not sure which one of you is going to die first, but you are literally killing yourself with the toll this is taking on you." She replied, "It's my job to take care of your father." I get that—they've been married 62 years—but she couldn't keep doing what she was doing. They couldn't afford 24/7 care and they weren't comfortable with the idea of a stranger moving in, anyway.

MORE: This Is What It's Like To Care For A Patient With Alzheimer's

So without telling my parents, my husband and I started looking at houses for all four of us. Once we narrowed it down to two possibilities (one of which was actually halfway between our two current homes), we told my mum what we had been doing. We assured her we'd take care of getting her house ready for sale. We didn't know how she'd react, but when she saw the house we eventually bought she said, "I could see myself here, this is a really nice house."

Once we had her convinced, I still had to convince my dad. If you had asked him in the past, he would have said, "I'm going to die in this house." But one day when he happened to be pretty lucid and we were already having an honest, good conversation, I asked him how much he liked the house. To my surprise, he said, "I hate this house, I've always hated this house!"

I immediately told him we had found a new house for us all to live in, and my mum chimed in to agree. "I cannot keep taking care of you the way I have, I don't have it in me," she said to him, "and we don't want you to go live in a home."

My dad was barely mobile at that point and in a wheelchair, but he wanted to see the house first before making a decision. When he saw it, he was worried he'd get lost going from the bedroom to the kitchen. We reassured him he wouldn't get lost, that there was really only one hallway and one doorway for him to navigate, and we would make sure it was 100% handicap accessible before he moved in. He was convinced.

MORE: How To Live, Love And Thrive All The Way To 95

My dad is now so much better. He can walk with a walker now, and my mum is still able to drive him short distances, like to physical therapy a couple blocks from the house. With people around him that he feels comfortable with, he feels much more confident, and I can see the mental strain on both of them has lifted. My mum is still his 24/7 caretaker, but if she wants to, say, get lunch with a friend, she can now, because there's somebody he trusts at home with him.

Yes, it's clipped our wings a little bit. We used to travel a lot. It was a big life change. But it's absolutely worth it. We were lucky we were able to do it. Before, both houses were in more suburban areas, and now we are in town yet with more space—we have enough room for our two miniature horses to live in the backyard. We used to board them, and my mum hadn't been to the barn to see the horses in a year. Now, she does all the feeding, watering, and cleaning of the stalls, and she gets mad if I try to "take her job" as she says. It was really scary for my parents and a little scary for us, but we found a house to make it work and I'm extremely happy it has worked out so well.

I have read and accept the privacy policy and terms and conditions and by submitting my email address I agree to receive the Prevention newsletter and special offers on behalf of Prevention, nextmedia and its valued partners. We will not share your details with third parties, and will only share delivery information in the event of you being a prize winner.
This article originally appeared on prevention.com
© prevention.com
First published: 9 Mar 2017
Tags:  healthy habitsrelationship advice