Sam Armytage's tips for getting married over 40

The Sunrise host gives her advice on finding love and organising the perfect wedding. 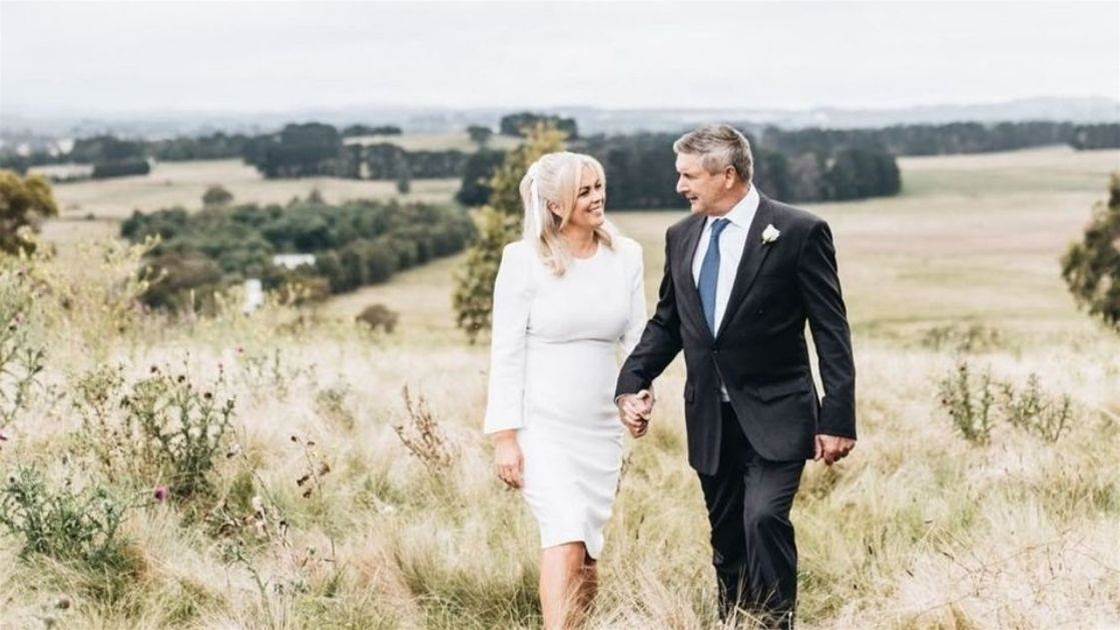 Sunrise host Samantha Armytage has revealed her tips for choosing a "good quality husband" and having a beautifully simple wedding.

Sam, 44, made the spontaneous decision to marry her fiance, Richard Lavender, 61, in a ceremony at his Southern Highlands home.

"Three days before we decided that we’d do it for New Year’s Eve, and we did it, we got it done and it was lovely," she explained to her Sunrise co-hosts.

She and Richard decided on their quickie wedding date after chatting with her father, Mac.

“We were all sitting outside as you do around Christmas time, having a champagne and beer on the veranda,” she said.

When asked this week by a Sunrise viewer for her top wedding tips, Sam said: “My advice would be to concentrate on the important things. Have the people you love there (the ones who aren’t in lockdown), the true friends. Keep it simple, good quality Champagne, good quality food, good music (find a fabulous 14-year-old who can arrange a kick-ass playlist) and, most importantly, a good quality husband.

“Wear whatever you bloody like. And find the best photographer/make-up person that you can afford.”

Sam looked stunning in a Carla Zampatti gown and Jimmy Choo shoes for her wedding ceremony, while her makeup was by Rosemary Saffioti and her wedding photographer was Abbie Mellé. 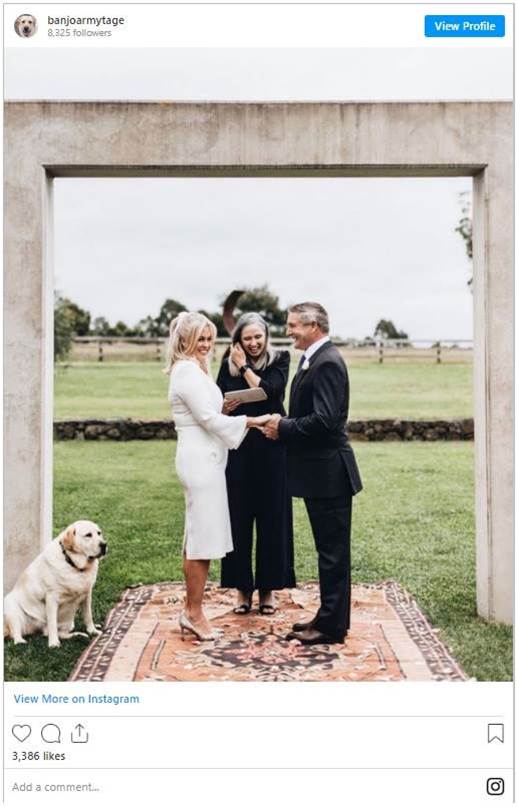 She also shared a previously unseen photo from the wedding, revealing her 'best man' was her dog Banjo.

In early January, Sam shared an official wedding photo on the day of her wedding. She simply captioned the photo: “11.58am on a Thursday. How lucky are we?”

Sam admits she almost gave up on love before meeting Richard at a party held by a mutual friend in 2019.

“His eyes were the first thing I saw,” she told Who magazine following her engagement, explaining that “there was a connection” immediately.

It was a big change from the type of men she previously found attractive. In an interview with Tea with Jules in 2014, Sam admitted: "I'm hopeless with men. If there are 29 great guys in a room and one d**khead, I will pick the d**khead every single time."

The TV host also recalled being inspired by Nicole Kidman during an interview with the actress.

"She said she met Keith when she was 39, I turned 39 later that year, and I said that is great inspiration that you can find your soulmate at this age," Sam said.

Speaking to The Daily Telegraph last October, Richard revealed that the attraction was instant when he laid eyes on his future wife: “It was immediate. This sounds really stupid but I thought, ‘gee whiz, I like that girl’ from the moment I first saw her.”

In June 2020, Sam told her Sunrise David Koch that Richard had proposed on the spur of the moment in the paddock of his rural property.

The pluses to love over 40

Whether you’re newly single after a long relationship or still looking for your first great love, dating after you’ve passed your 40th birthday has its own challenges, but also plenty of advantages. Maybe you have some emotional baggage. Sure, who doesn’t? You’re almost definitely juggling more responsibilities than when you were a twenty-something sharing an apartment with three friends and sleeping til noon on the weekends.

But that also means you’ve put in the time to know what you truly want, psychologist Carla Manly, author of the upcoming book Date Smart told Prevention. “When you’ve used the previous decades to become more of your authentic self, that makes you a great catch in your 40s and beyond,” she says. “If you’ve been successful at work you love, you’re a great parent, or a great friend, you know who you are more than ever.”

It’s also easier to separate the romantic wheat from the chaff when you have a few decades of experience in your rear-view mirror, says Paul Hokemeyer, psychotherapist and author of Fragile Power. “By the time we hit our 40s, we’re more interested in partnerships that nurture and enhance who we are rather than relationships that drain our energies and detract us from attaining our goals and fulfilling our responsibilities,” he says.

There are certain things that you should absolutely be picky about when dating in your 40s and beyond—someone who is kind, empathetic, and respectful, for starters. But there is also a lot to be said for throwing away your old checklist, which may have led you down an unfulfilling path of dating only Mets fans who have a graduate degree and a similar cultural background to you.

“One of the greatest obstacles people who are dating in their 40s must push through is their resistance to dating someone out of their lane,” Hokemeyer says. “Yes, it feels more comfortable in the short run to stick with a well-travelled route, but in the long run, you’ll miss out on the excitement that comes from exploring something new.”

I have read and accept the privacy policy and terms and conditions and by submitting my email address I agree to receive the Prevention newsletter and special offers on behalf of Prevention, nextmedia and its valued partners. We will not share your details with third parties, and will only share delivery information in the event of you being a prize winner.
© Prevention Australia
First published: 19 Feb 2021
Tags:  lovemarriageover 40sam armytagewedding