12 Ways to Forgive Yourself for a Past Mistake We've all done things we're not proud of. Maybe you spent half the month's food budget on a new coat, didn't get to your son's soccer match before the second half, put your mum in a nursing home, or, when the cat's yowling got on your nerves, you let him outside where he promptly ran away.

It's tough to forgive yourself, and you may think your friends and family would never forgive you either if they knew half of what you do. Unfortunately, you know the whole. And the sheer weight of it rocks you with guilt and sinks you with shame. Probably one of the few people who can tell you how to forgive yourself is psychologist Dr Fred Luskin. For years, Luskin has conducted studies and workshops on forgiveness, working with men who've cheated on their wives, kids who've dumped their parents, and a whole lot worse.

But the biggest obstacle to self-forgiveness is our tendency to wallow in our own guilt, he told Prevention. "It's not just that we feel bad because we know we've done wrong," Luskin explains. Everybody does that. But some of us actually draw those bad feelings around ourselves like a blanket, cover our heads, and refuse to stop the wailing.

If that sounds nuts to you, you're not alone. But some of us try to use those bad feelings like a talisman to ward off the consequences of our actions, says Luskin. We curl up in a ball and say, "Hey! Look how bad I feel! See how I'm suffering! I'm pitiful! I'm pathetic! I can't be punished any more than this; it wouldn't be fair!"

"It's a crazy form of penance," adds Luskin. Instead of taking responsibility for what we've done by trying to repair the damage or make things right, many of us unconsciously decide to punish ourselves by feeling miserable for the rest of our lives.

The long-term health effects of guilt

Unfortunately, the decision to feel miserable for the rest of your life can have tragic consequences. And not always in obvious ways. For one thing, misery loves company. "If you keep beating yourself up, then the person who tries to love you is going to get beat up, too," explains Luskin. It's inevitable. Anyone who's wallowing in guilt is going to be more withdrawn, more critical, and less open than they normally would. So whoever's around - your spouse, your children, your parents, your friends, even your dog - is going to suffer right along with you.

But the suffering doesn't stop with those around you. Mind affects body in a zillion interconnecting ways, and those guilty feelings you're nurturing are generating chemicals that are headed straight for your vital organs. They increase your heart rate, raise your blood pressure, disrupt your digestion, tense your muscles, dump cholesterol into your bloodstream, and reduce your ability to think straight. And every time you remember what you did and wince, those bad feelings give you a fresh hit of corrosive chemicals.

It's no wonder that studies on forgiveness have led scientists to suspect that those who have difficulty forgiving are more likely to experience heart attacks, high blood pressure, depression, and other ills.

Here are 12 ways to find self-forgiveness—no matter what you've done. 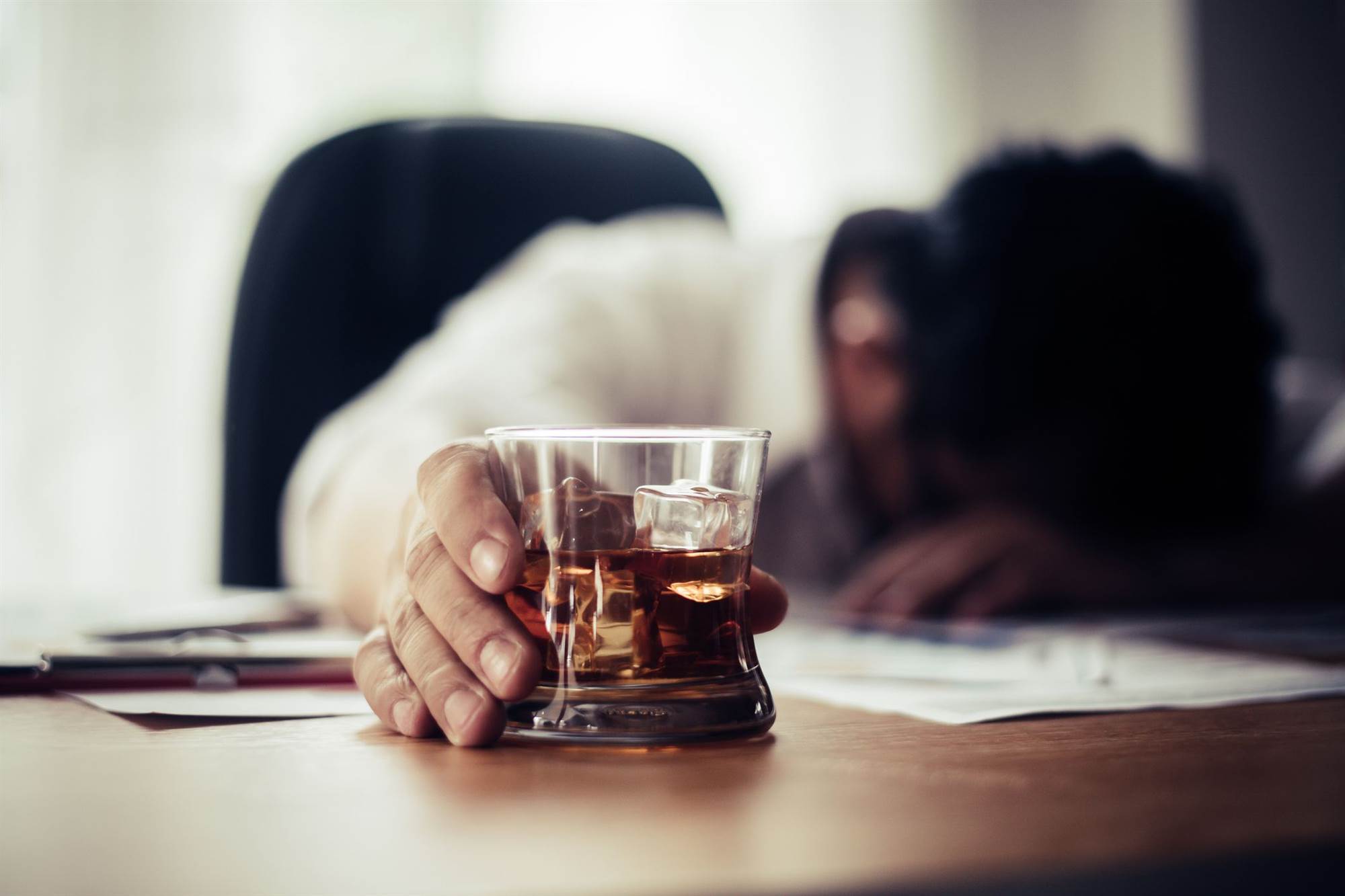 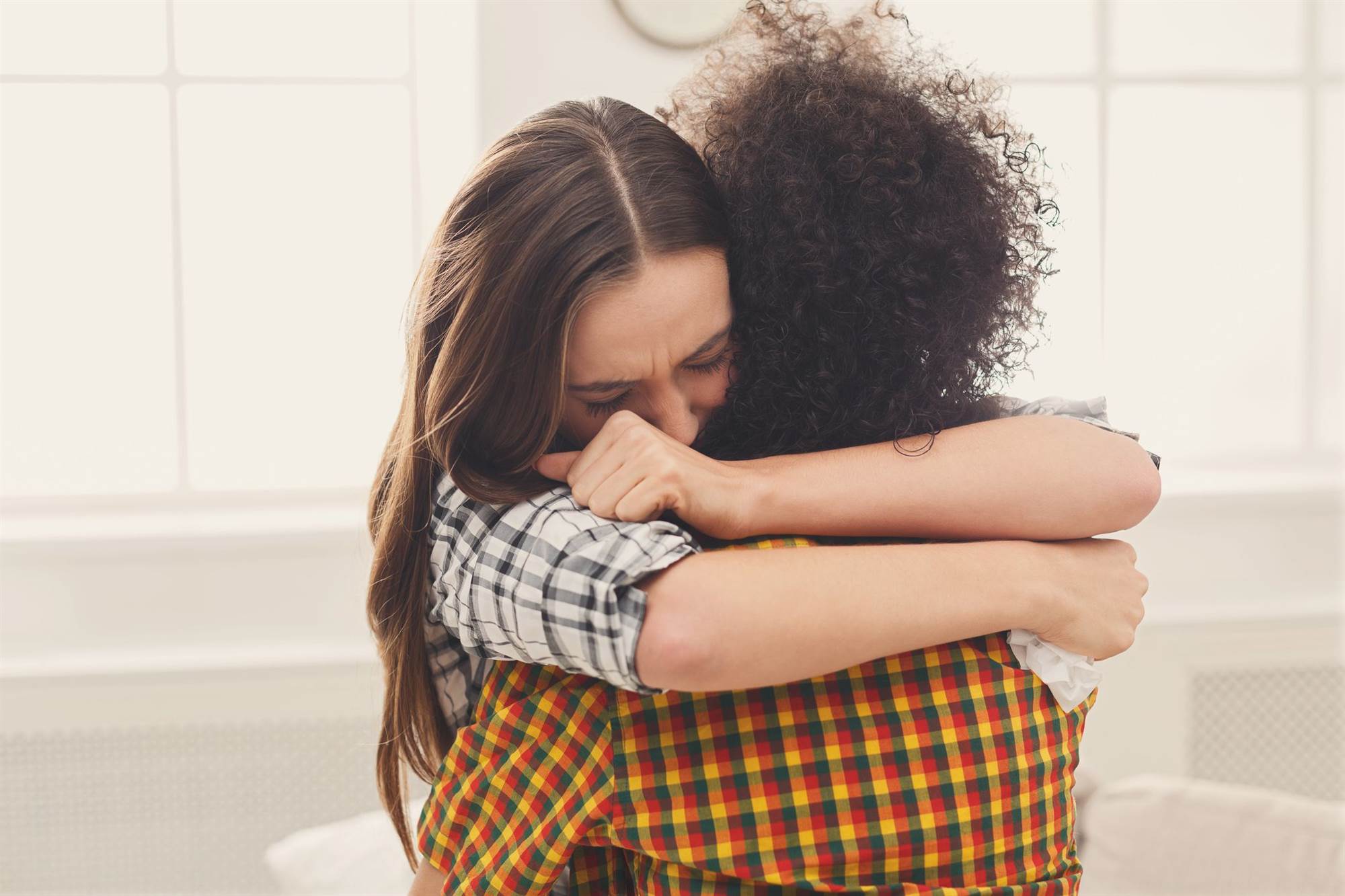 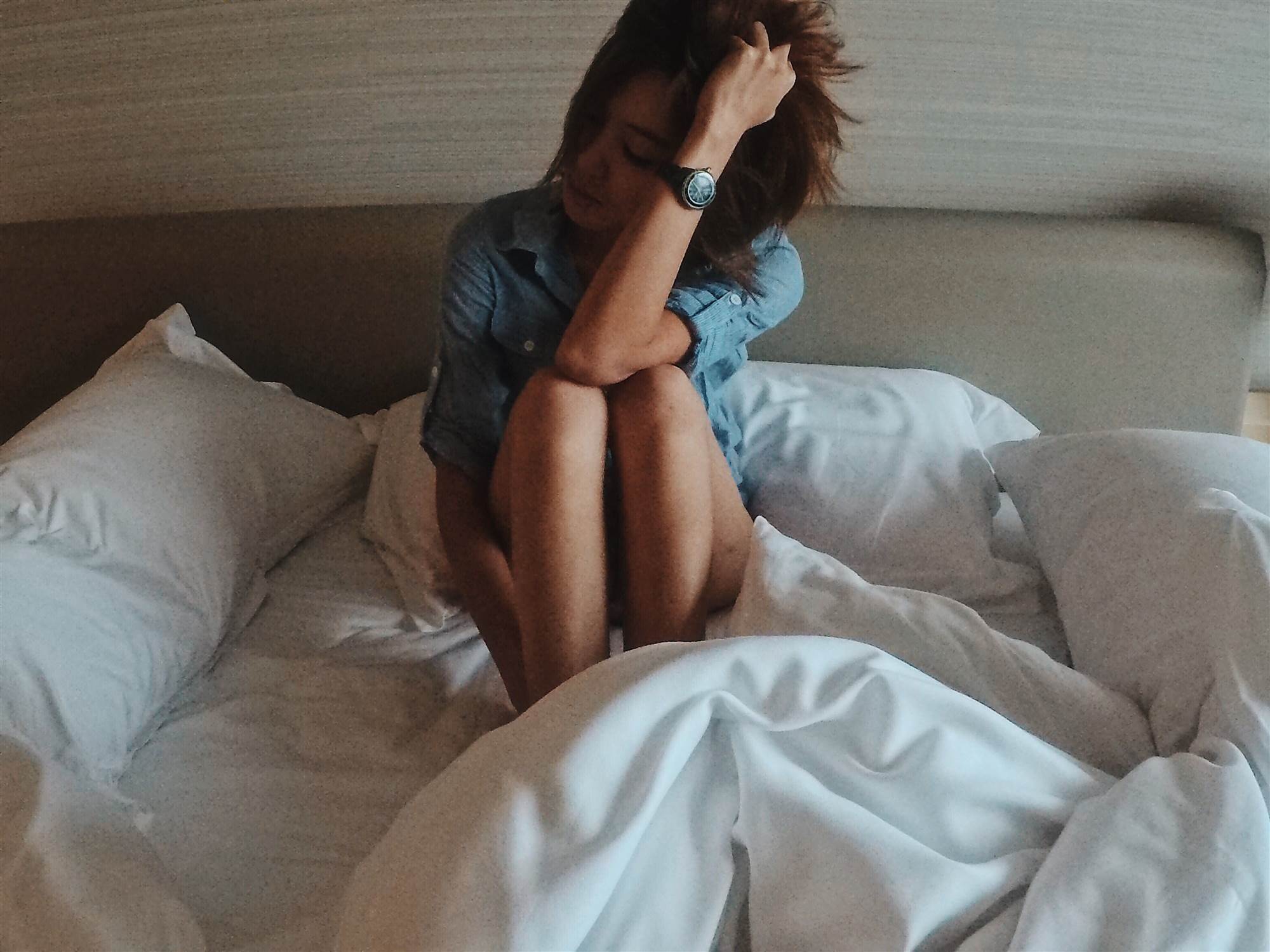 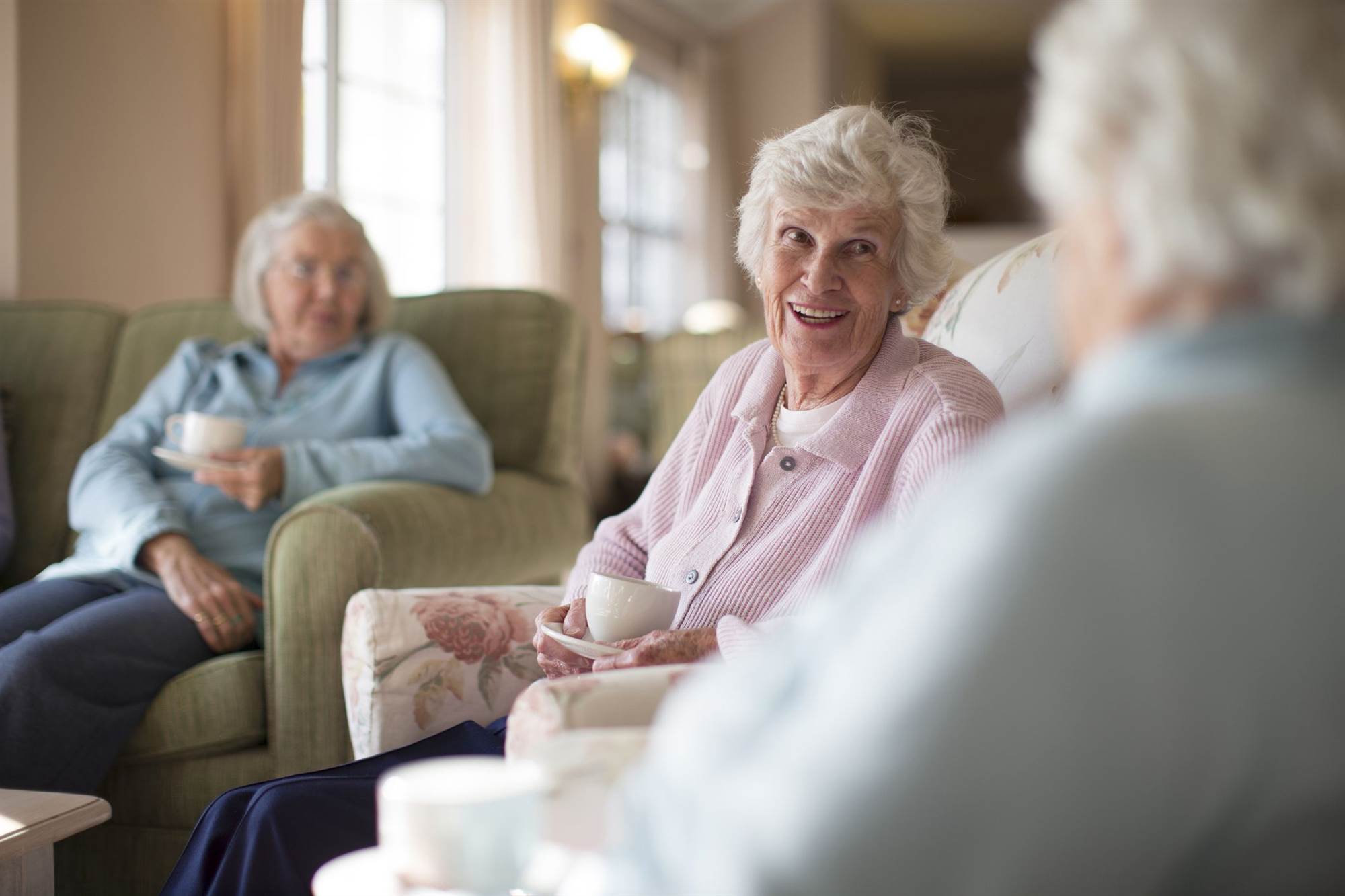 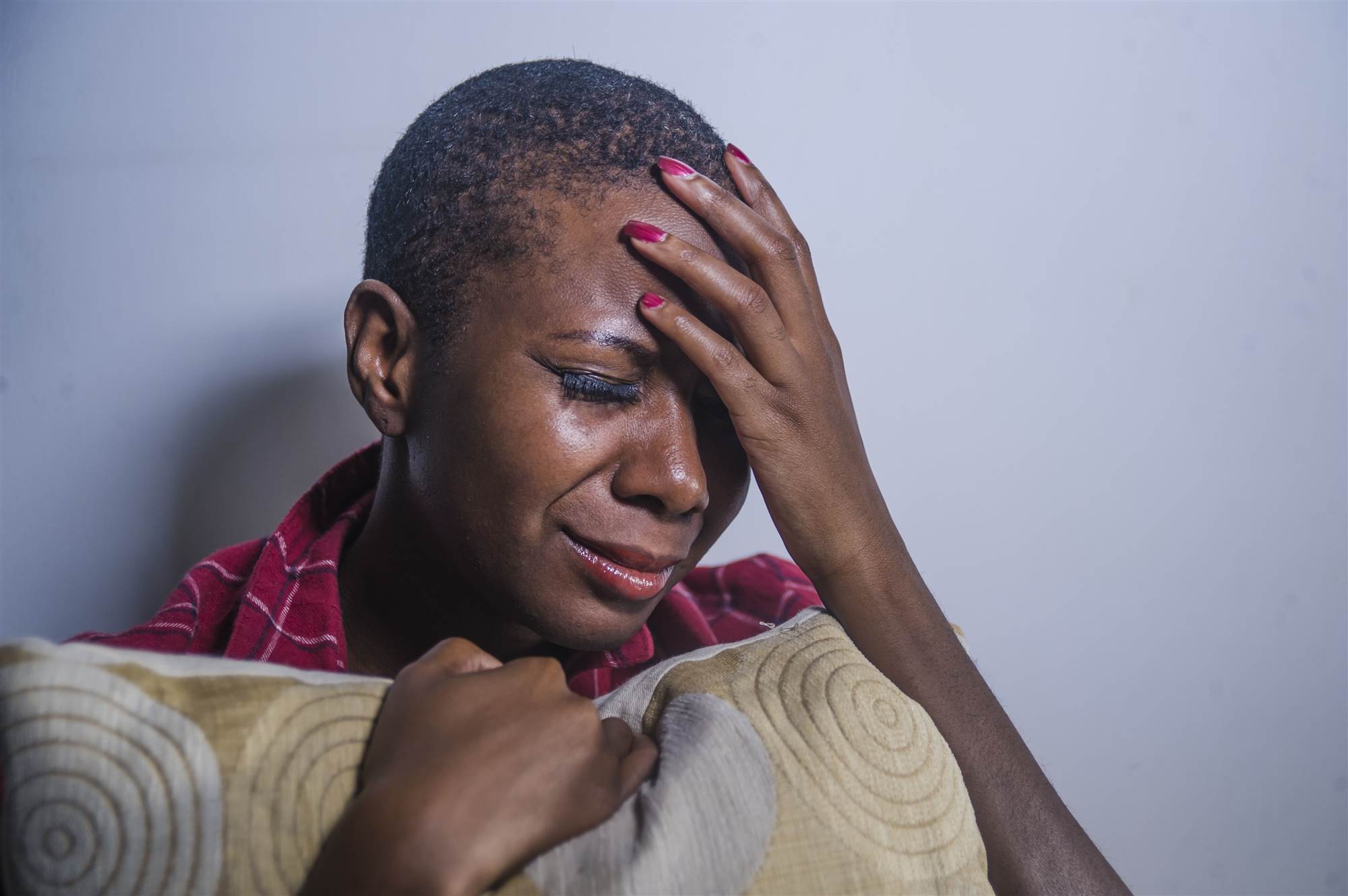 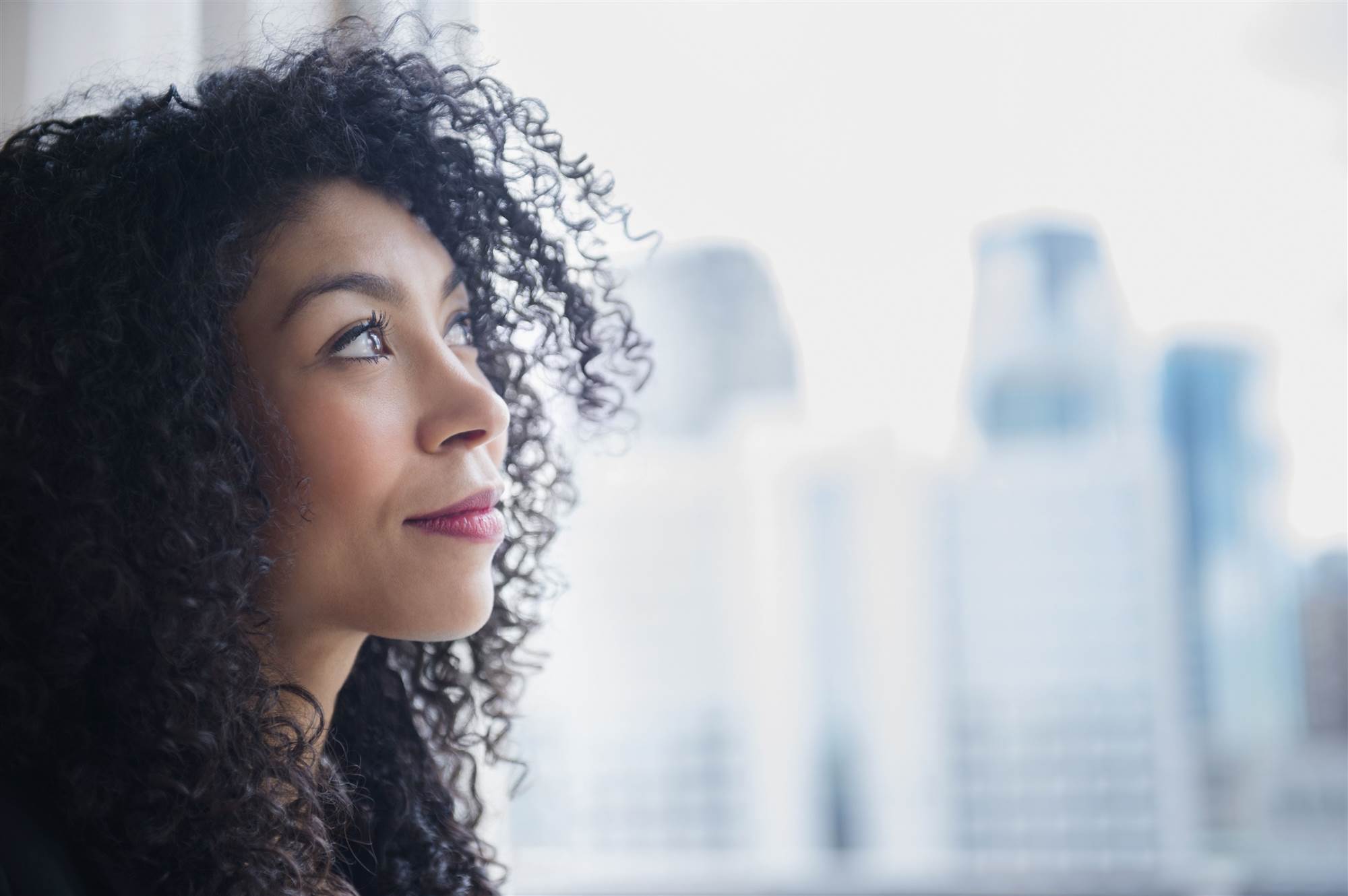 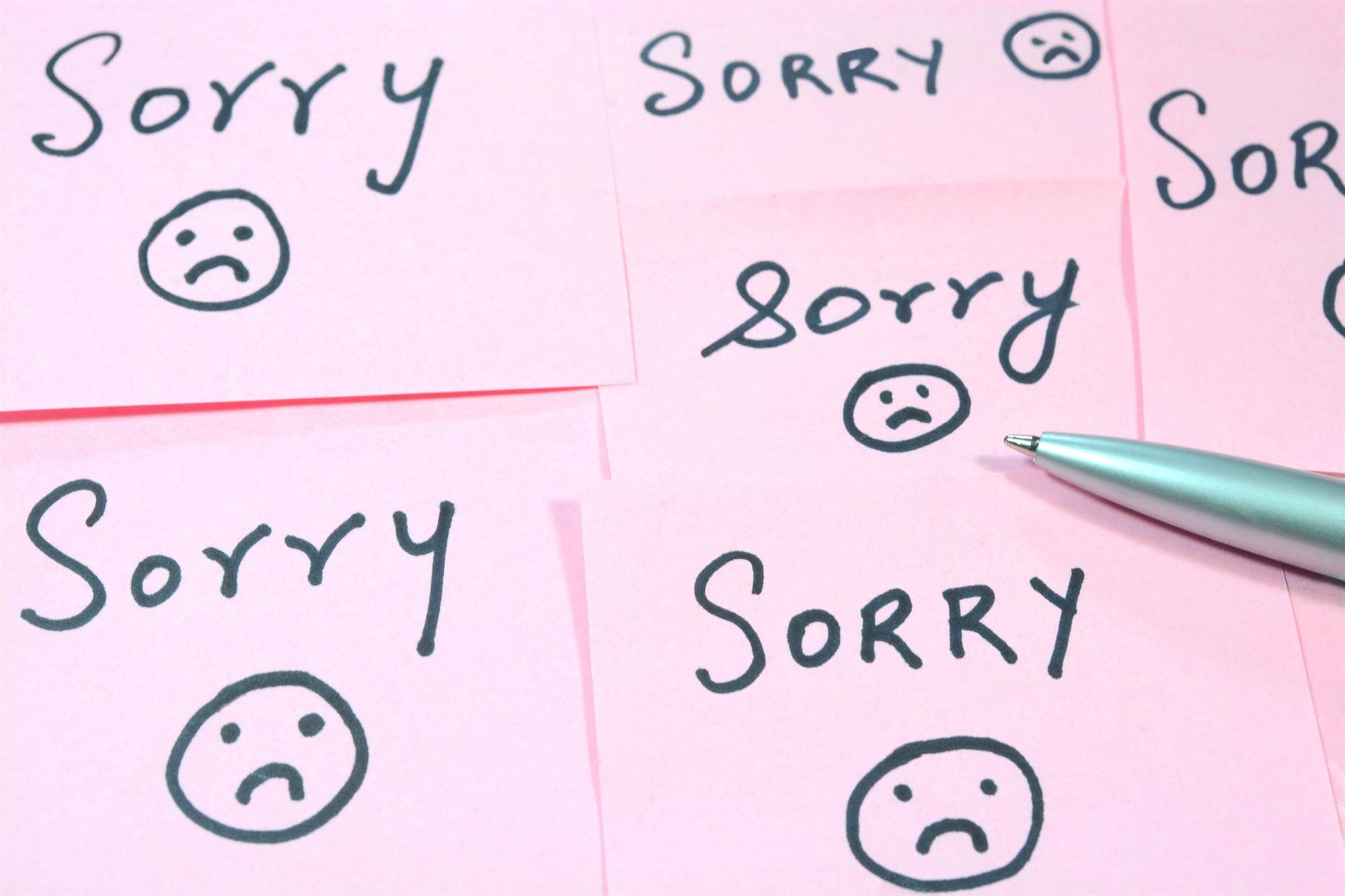 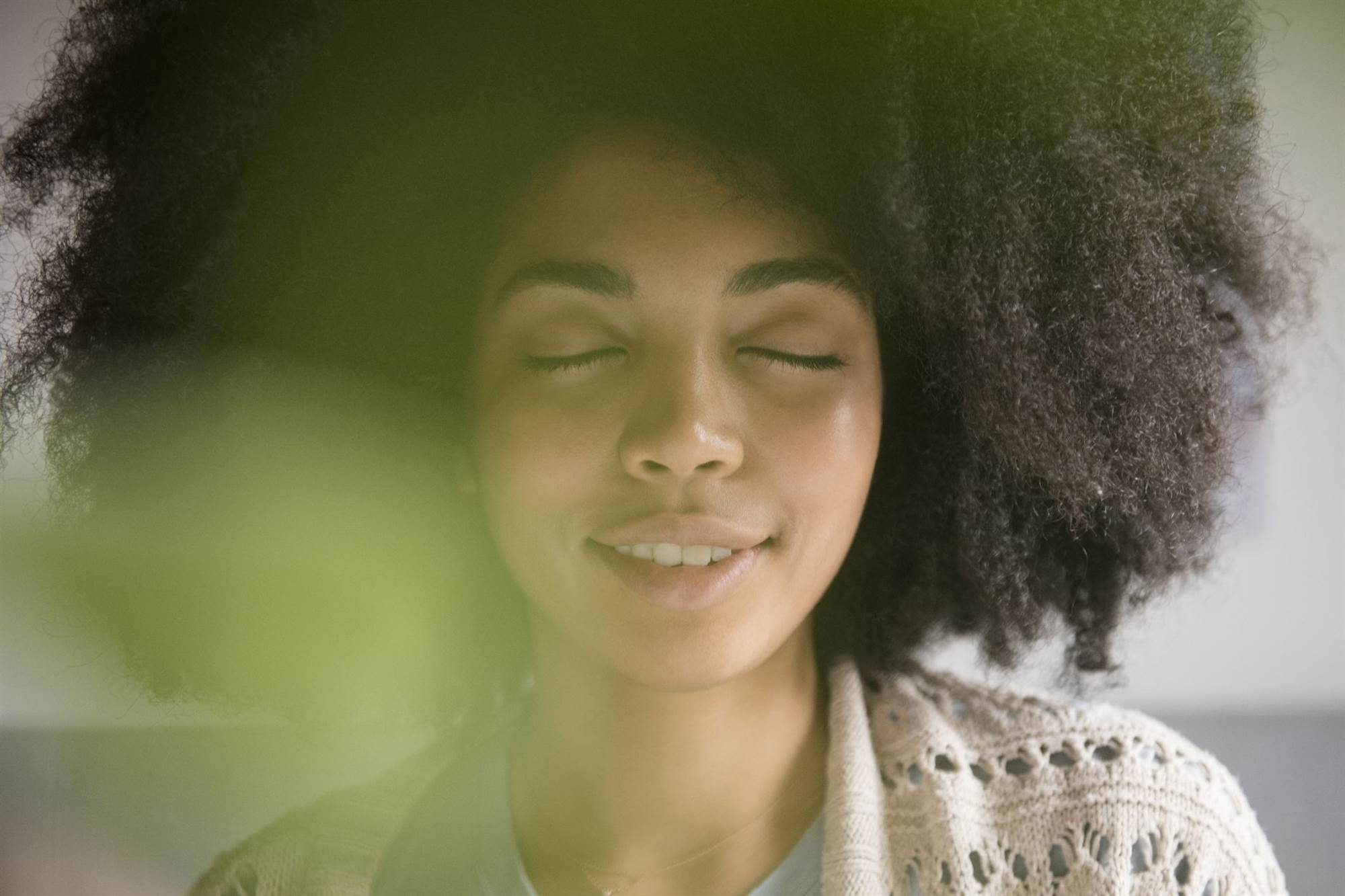 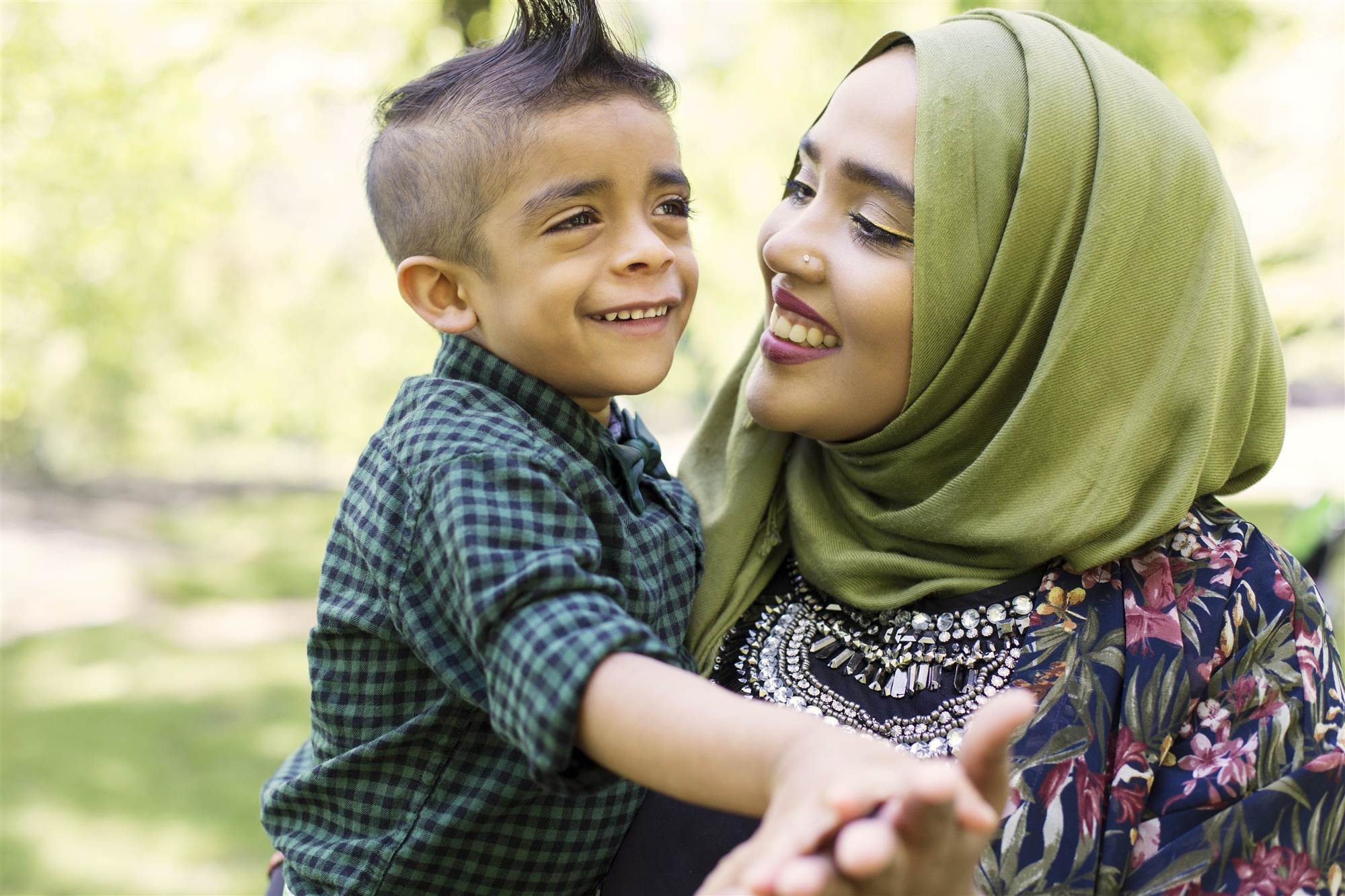 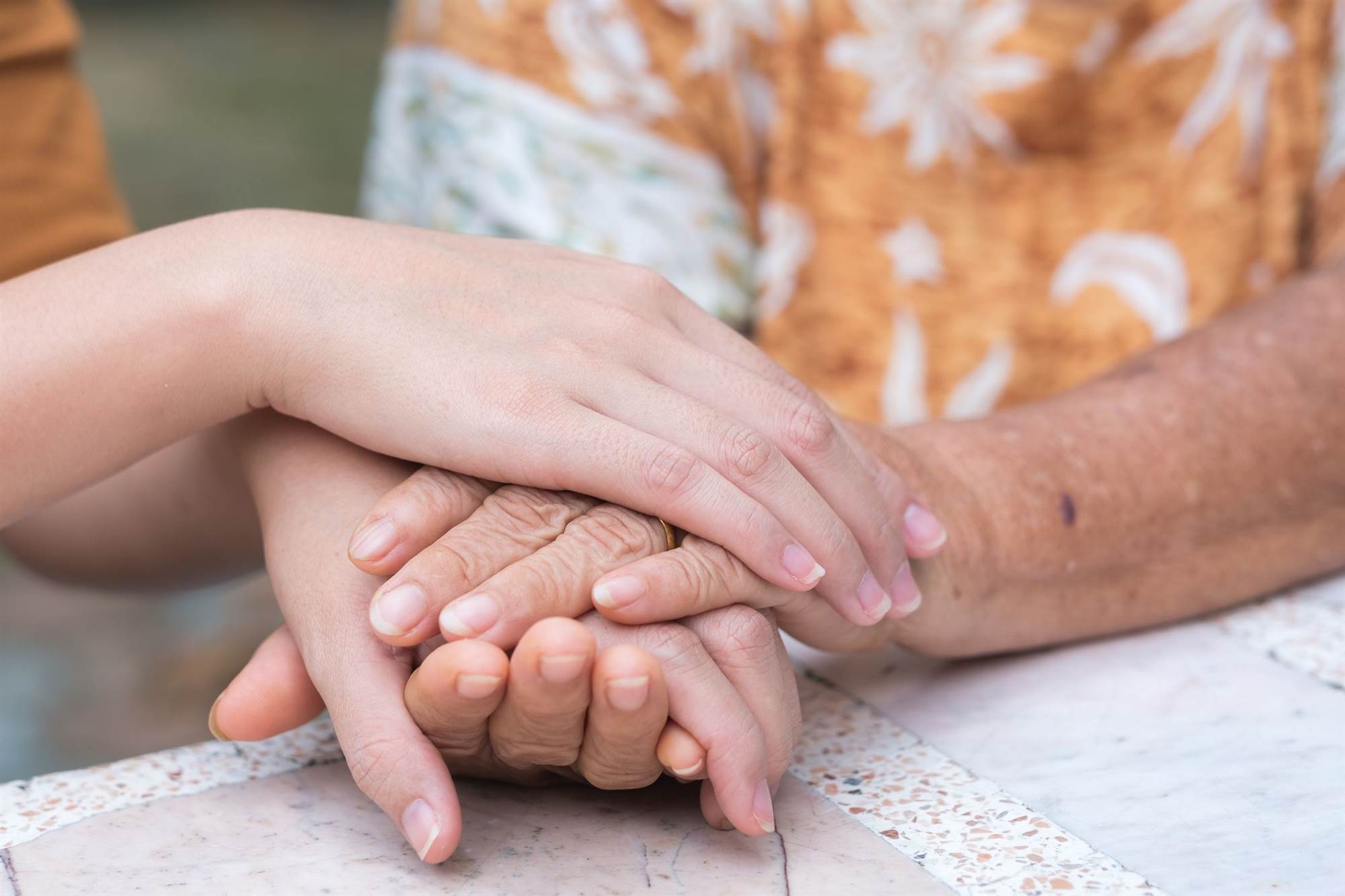 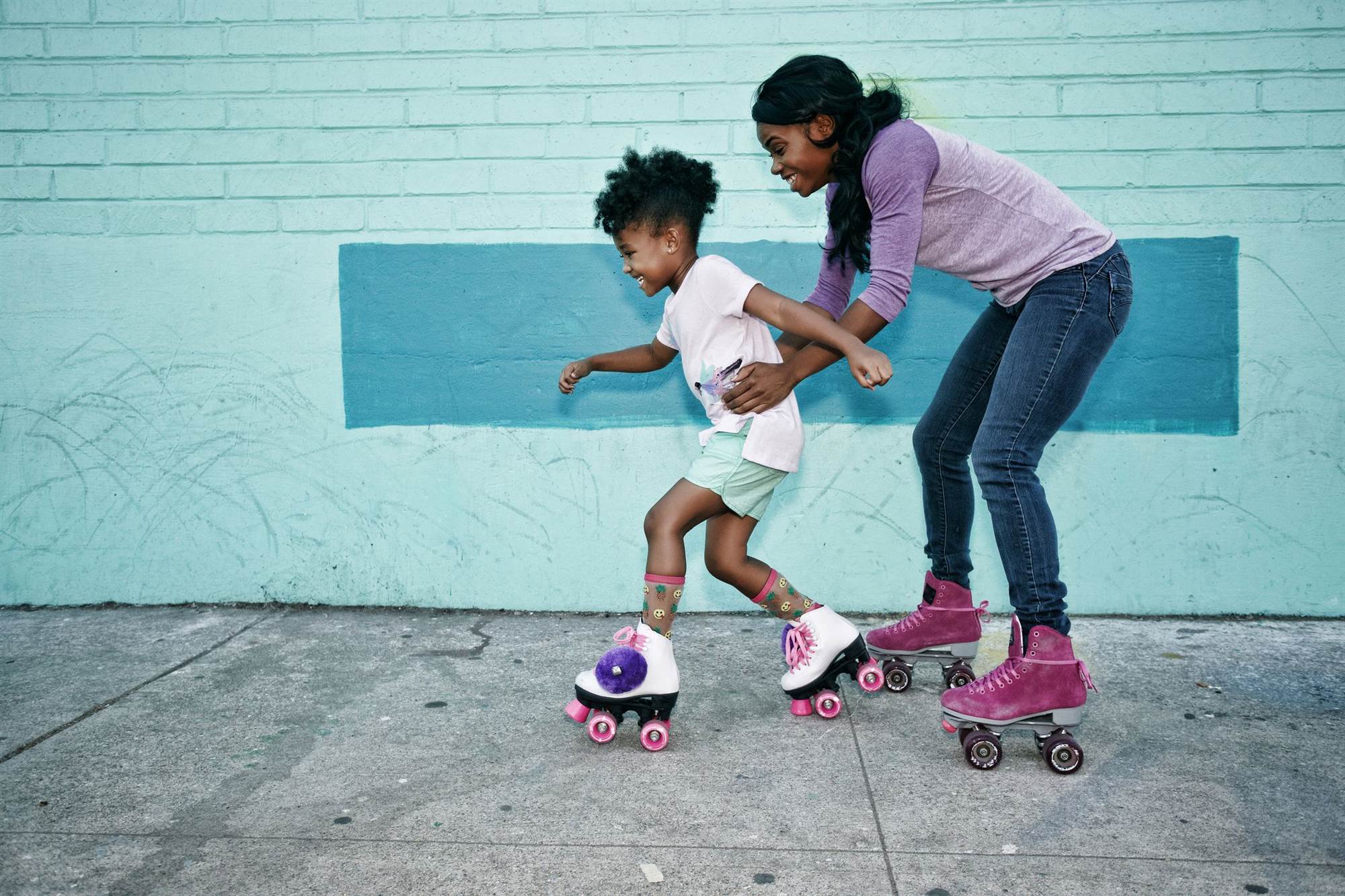 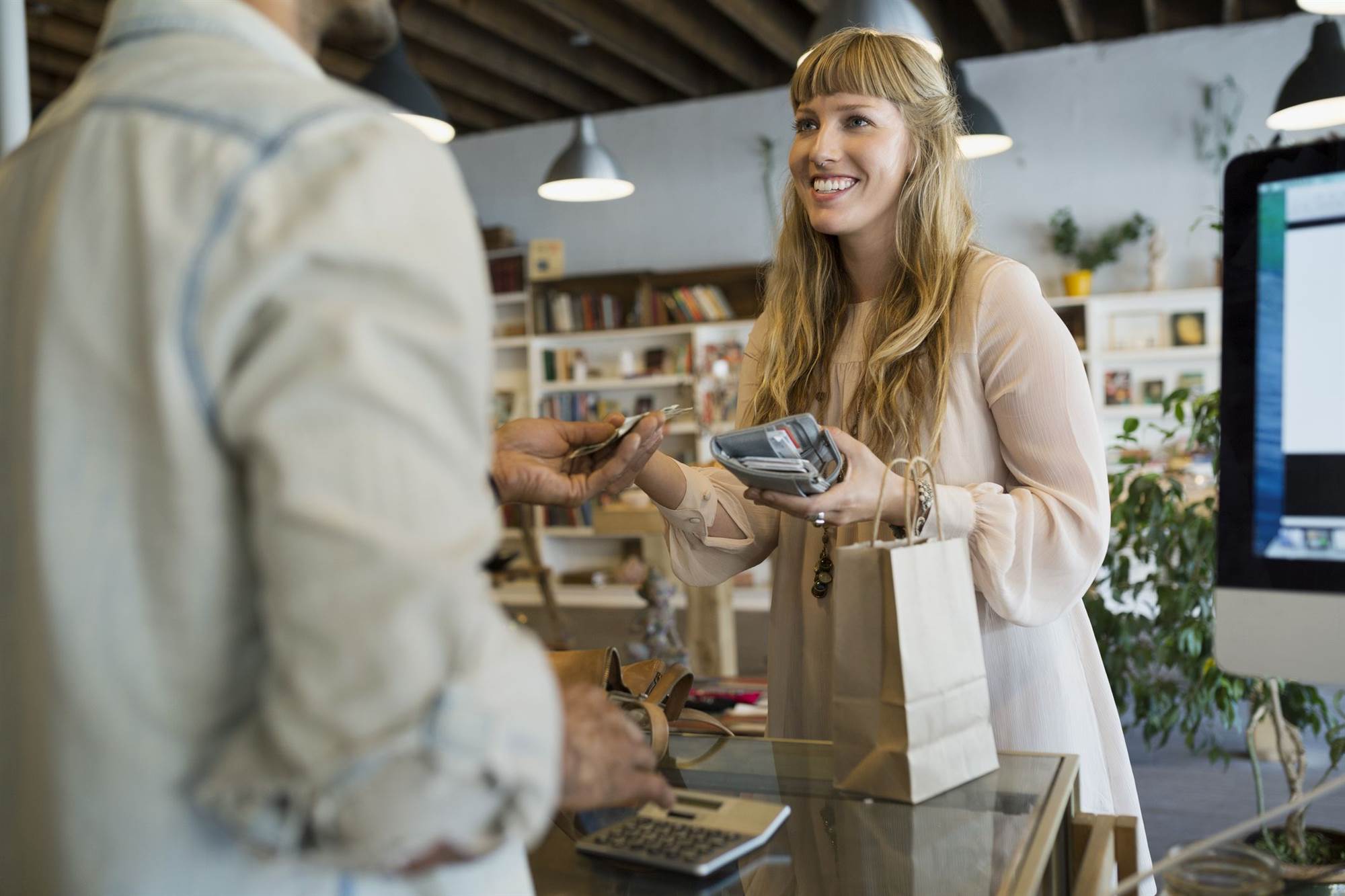 "Most of us find it hard to forgive ourselves when we've done one of these four things," says Luskin.

"Categorising the offense begins the forgiveness process," he says. "It allows you to break down what you did, look at it, get a little distance, and begin healing."

2) Know how you feel

"Articulate the specific wrong you committed and the harm it caused," says Luskin. "Tell a couple of trusted people about what you did to get support, care, and advice."

Sharing reminds us that everyone makes mistakes. "We commonly think we're alone and unique in our suffering, but this only makes healing more difficult," he says. Confessing what you've done also prevents you from slipping into denial, suppression, repression, and forgetting.

3) Understand what you want

You don't necessarily want to reconcile with the person you hurt; you just want to get rid of the shame, release the blame, and feel calm and whole at your center.

Most of us have a set of unconscious rules hovering in the back of our minds about how we expect ourselves to behave. But those rules, many of which we absorbed in childhood rather than actually thought about, are not always realistic.

When my friend Susan's mum had a slight stroke, for example, Susan felt she should invite her mum to move in with her. A daughter always takes care of her mother, right? But her mother was and had always been an absolutely miserable human being, a lot like mob boss Tony Soprano's hateful mother on the HBO series The Sopranos. There was no way to please her. Every word that came out of her mouth was a criticism, a put-down, or a complaint. And it was all delivered in a nasty tone intended to wither everyone around her with contempt.

With the help of her friends and husband, Susan realised that it wasn't realistic - or fair - to bring such overwhelming negative energy into the house. So she helped her mum move into an assisted living community with a pool of trained helpers on call morning, noon, and night.

Realise that the hurt feelings, guilty thoughts, and tummy-tightening stress you feel whenever you think of your offense is what's actually making you feel bad - not what you did two minutes or 10 years ago, says Luskin. It's your reaction to it today that's causing a problem. It's a habit that has to go.

Replaying what you did over and over again in your head isn't going to help you or the person you hurt. It just makes you feel bad. So every time you catch yourself ruminating on your sins, stop, and refocus your attention on something more positive.

When you can't forgive yourself because of something you've done to someone else, sometimes all it takes is a sincere apology to make things right. Apologies are most effective if made in person, of course. But if that's not possible, consider wrapping your apology in a little humour. One woman who owed her husband an apology sent him a copy of the game "Sorry!" with a note asking if they could play. Not to be beaten, her husband responded with a copy of the old Brenda Lee single, "I'm Sorry." Sweet and simple.

PERT stands for Positive Emotion Refocusing Technique. It's a 45-second strategy Luskin developed to use whenever you start beating yourself up over past sins. Simply close your eyes, draw in a long breath that gently pushes out your belly, then slowly exhale as you relax your belly. Draw a second breath, and exhale.

On the third deep breath, says Luskin, create a mental image of someone you love or of a beautiful place in nature that fills you with awe: a beautiful beach, a path through a majestic redwood forest, a mountain stream tumbling over rocks. Breathe deeply as your mind explores the natural beauty around you. Notice how you feel, and allow those feelings to center on the area around your heart.

"To make amends, you look for a way to be kind to those you have hurt," says Luskin. If you spent half the family's monthly food budget on a new coat, make it up to them by turning out the tastiest meals ever cooked on a shoestring. Didn't get to your son's championship soccer game until the second half? Make it right by volunteering to be next year's assistant coach.

Even if the person you hurt is dead or otherwise absent from your life, you can still make things right by providing a kindness to someone else, says Luskin. "Think you were a bad parent? OK, you can't go back and change things now, but can you go out of your way to be an outstanding grandparent? Can you join a volunteer organisation and provide some guidance and companionship to somebody else's child?

"Do good rather than feel bad," says Luskin. Not only will you forgive yourself, but doing so will turn your life around in ways that you can only imagine.

Once you've made amends, it's time to stop telling yourself the old story in which you're the Wicked Witch of the West. Start telling yourself a new story: a heroic story in which, despite your human frailties, you do everything in your power to be a forgiving person. Susan is my particular hero. As she learned to forgive herself for moving her mum into assisted living, she also learned how to forgive her mother for a childhood of less than loving words. Today, Susan visits her mum once a week and calls her every few days. And although her mum is just as nasty as ever - some things never change - the two women have never been closer.

Once a day, think of all the kind and loving things you've done today alone: the stray dog you picked up and returned to its owner, the crying child you distracted so its mother could eat her lunch, the dry cleaning you picked up after work so that your honey could exercise. Think about it for very long, and you'll realise that you've become one amazing person!

Feeling bad about things you've done in the past can create a pretty painful present. So while you're learning how to forgive yourself and move on, give your mind and body a break from all the shame and guilt by replacing them with gratitude, says Luskin. Here's how he suggests you do it:

After all, it's so much better to do good than to feel bad.

I have read and accept the privacy policy and terms and conditions and by submitting my email address I agree to receive the Prevention newsletter and special offers on behalf of Prevention, nextmedia and its valued partners. We will not share your details with third parties, and will only share delivery information in the event of you being a prize winner.
This article originally appeared on prevention.com
© prevention.com
First published: 14 Feb 2019
Tags:  emotionalhappinesslifenutrition/wellness