If you’ve ever hoovered down a mountain of potato chips or a block of chocolate, only to realise when you’re finished that you didn’t even taste it, then chances are you’ve been self-medicating with food. Try these mindful tips from nutritionists and food psychologists to help stop the urge. 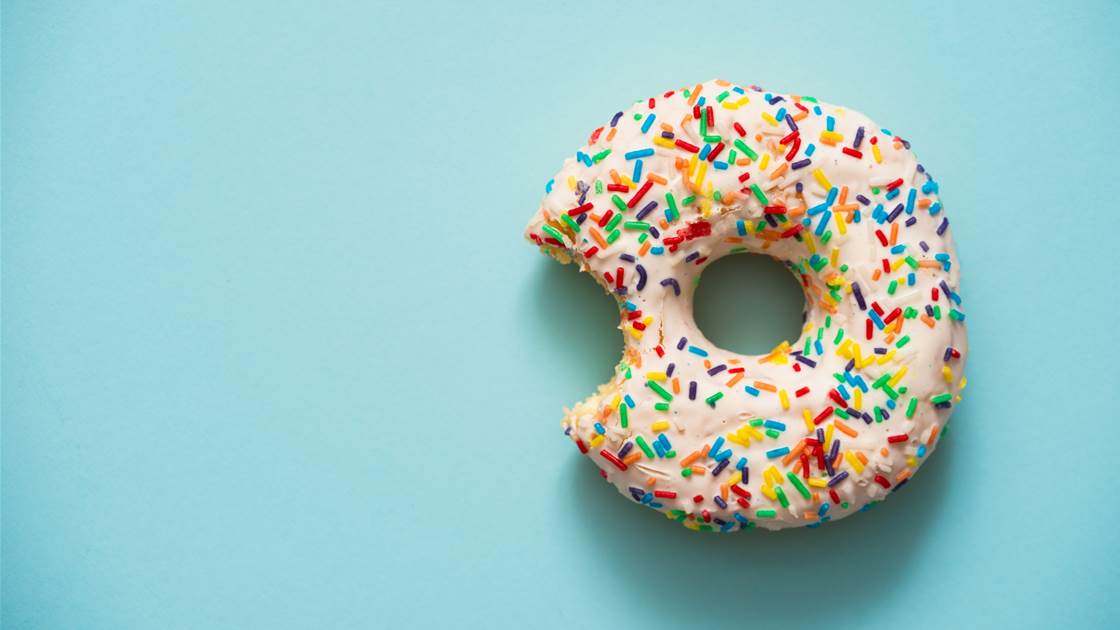 Does this sound familiar? Your arm reaches into a desk drawer, seemingly on its own, to retrieve a bag of chips or leftover chocolate you had stashed for later. Before you know it, the treat is in your mouth and you feel a rush of euphoria and calm, then guilt – then eventually, you’re back to feeling stressed, which triggers the cycle all over again.

And stopping the constant replay of this scenario is really tough. Especially since much of the sugary, junk food we gulp down during times of high pressure actually reduces levels of the stress hormone cortisol in our bloodstream, thus reducing stress (at least temporarily) and hardwiring us to seek out those less-than-stellar foods time and again when we’re under pressure.

The solution? Reminding yourself that you’re in the throes of a craving – and aren’t actually hungry – can sometimes be enough to snap you back to reality. But when it’s not, don’t worry. There are still plenty of tools to curb that stress-induced urge to eat, like these strategies and snack ideas from some of our favourite dietitians and food psychologists.

1. Sip on something with cinnamon
“If I have a mug, some boiling water, a cinnamon stick, and a teaspoon of honey, then I have what I need to curb sugar cravings when stressed,” says psychologist Susan Albers. “Cinnamon has been clinically shown to help keep insulin levels in check.” Consider adding a sprinkle to your morning coffee, too, or choosing a spicy chai tea instead of English breakfast.

2. Peel an orange
The simple act of peeling an orange is a mindful relaxation technique. “Peeling citrus fruit is a mini-meditative moment – you have to drop whatever you’re doing to engage both hands,” says Albers. Even cooler, the smell of citrus has been shown to promote calm  – which might just quell your urge to binge on those free biscuits in the kitchen at work. For optimum relaxation, slowly peel the fruit in a spiral pattern as you breath in deeply to inhale the scent. When you’re done peeling, eat the fruit one segment at a time, taking a moment to savour each bite.

3. Make avocado toast
“Healthy fats, protein and fibre in avocado work together to keep you satiated, leaving you less likely to binge on something else,” explains nutritionist Jessica Levinson. “Plus, the complex carbohydrates in wholegrain bread can help boost the feel-good neurotransmitter serotonin in the brain.” You don’t have to tell us twice!

4. Be strategic with snacks
If you’re the type of person who tends to munch in response to stress, make sure you have some low-kilojoule finger foods on hand such as baby carrots, apple slices or celery, suggests nutritionist Jennifer Nasser. Consider adding protein in the form of nut butters to boost satiety. “If you prefer a sweet treat, mix something sweet with something protein-rich – think cottage cheese with honey and a dash of cinnamon,” Nasser says. “That way you’ll get the sweet taste in addition to fullness signals that protein sends to the brain to get you to stop eating.”

5. Take 5 for a chamomile meditation break
“I like to take a few minutes to meditate with a cup of chamomile tea when stress strikes,” says Levinson. It’s no surprise that just being able to slow down and tune into your breathing as a way of taking a moment to meditate is in itself a stress reliever, but chamomile has actually been shown to improve anxiety in adults who consume it, too.

6. Just have a small taste
A little can go a long way, says dietitian Wendy Bazilian. You might find that one bite is all you really wanted, anyway. And the research backs this up: eating less than 14 grams of chocolate or potato chips satisfied peoples’ cravings just as well as eating a portion as much as 10 times bigger, according to one Cornell University study.

7. Think long-term
“Research indicates that the pleasure you get from eating comfort foods lasts only three minutes,” explains Albers. “Keeping this number front and centre in my mind is helpful. I say to myself, What is going to make me feel better for longer than three minutes? Usually, it’s not a biscuit.” When the need strikes, try a short walk outside instead.

I have read and accept the privacy policy and terms and conditions and by submitting my email address I agree to receive the Prevention newsletter and special offers on behalf of Prevention, nextmedia and its valued partners. We will not share your details with third parties, and will only share delivery information in the event of you being a prize winner.
© Prevention Australia
First published: 30 Apr 2021
Tags:  anxietybinge eatinghealthy habitsminfulness