8 Common Causes of High Blood Pressure You Should Know About

Plus, exactly what you can do to get your numbers back down. 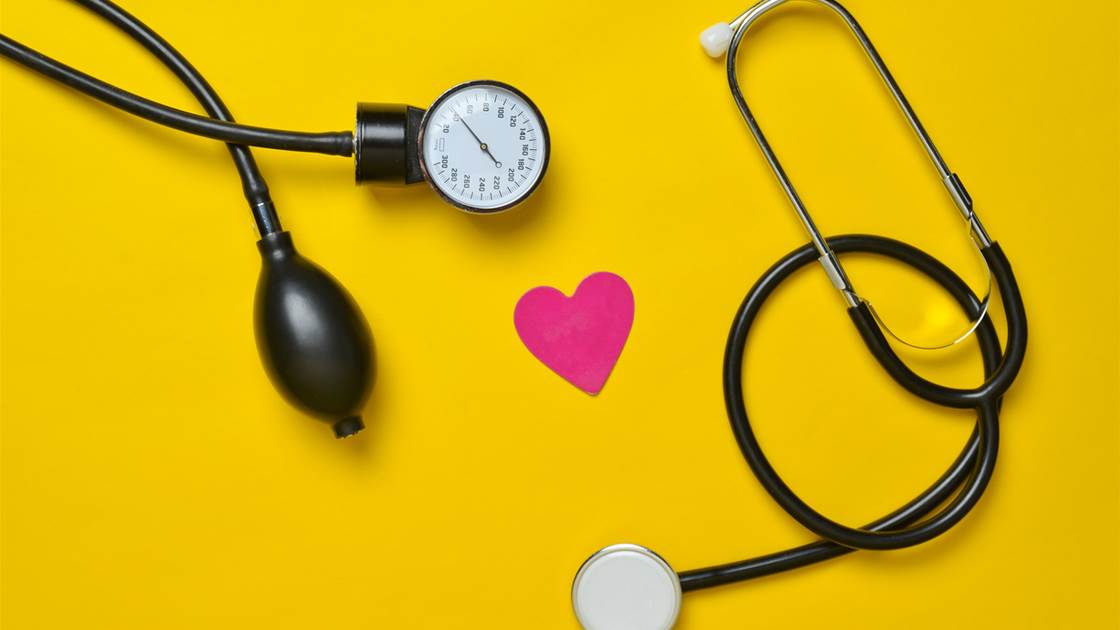 They don’t call high blood pressure a “silent killer” for nothing. Turns out, about one in three Australians have this condition, which, left unaddressed, can cause hardening of the arteries, stroke, kidney damage, and even early cognitive decline and dementia. Yet most people with high blood pressure (also called hypertension) have no idea they’re affected.

“High blood pressure, in most cases, is asymptomatic,” says cardiologist Dr Lawrence Phillips. “So people don’t feel that they have it, which is why regular screening is so important.” (If you haven’t had your numbers checked in two years, see a doc.)

❗Anything over 130/80 mmHg is considered high blood pressure.

While normal blood pressure is necessary for survival, high blood pressure is dangerous because it means your heart is working much harder to pump blood throughout your body. “You can sort of think of high blood pressure as your blood punching the walls of the heart and other organs over and over again,” says Dr Philips. “If that punching is at a high force, you’re going to develop thickening and damage over time.”

Step one: Figure out what’s causing your high blood pressure in the first place. For most people, it’s multifactorial, meaning a bunch of factors work in tandem to spike your levels into unsafe territory. Here, the most common causes of blood pressure and how to address them to bring your numbers back down.

1. You rely too heavily on convenient processed foods.

But if you’re thinking, I don’t even use that much salt, it’s probably still hiding elsewhere in your diet. According to Food Standards Australia New Zealand (FSANZ), Australians are consuming an average of 2,150 mg of sodium per day from an average of 5,500 mg of salt (5.5 g). And of that, about 80 per cent of this would be from processed foods including things like bread, breakfast cereal, chips, cookies, pizza, canned beans and veggies, canned soups, and pasta sauce—not the salt shaker itself.

Additionally, a diet heavy in processed foods can cause weight gain, and “when people are overweight, the body has to pump blood to more tissue, which can increase blood pressure,” says Dr Philips. “We see an extremely large amount of high blood pressure in obese patients.”

If you want to follow a specific dietary plan that’s been proven to lower blood pressure, Dr Beniaminovitz recommends either the DASH (Dietary Approaches to Stop Hypertension) diet or a well-formulated Mediterranean Diet.

2. You’re having more than one alcoholic drink per day.

For people who already drink, moderate alcohol consumption (one drink a day for women, two a day for men) is often not a problem, and some research suggests it may even help prevent heart disease. However, heavier alcohol consumption—especially frequent binge drinking episodes—can lead to chronically elevated blood pressure, says Dr Philips. Research has also tied binge drinking to an increased risk of developing atherosclerosis—build up of fatty plaque in the arteries, which can lead to heart attack and stroke.

One drink equals 340 grams of beer, 141 grams of wine, or 42.5 grams of spirits. And if it’s really more about the ritual than the alcohol itself, consider periodically swapping out your glass of cabernet for a kombucha or one of those trendy new non-alcoholic cocktails from brands like Curious Elixirs, Seedlip, and Kin. 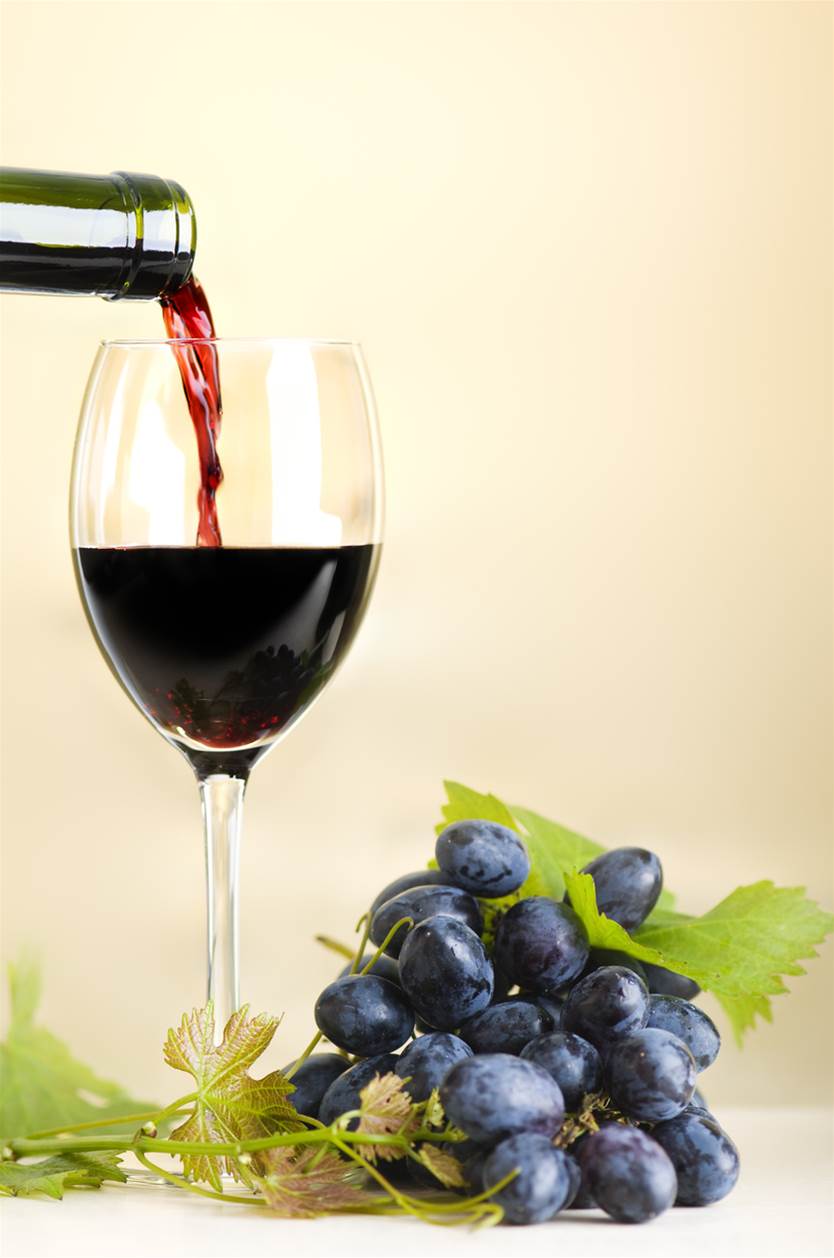 3. You’re not getting enough exercise.

Sitting too much or leading a sedentary lifestyle can mess with just about every aspect of your health, and your cardiovascular health is no exception. “Being sedentary leads to elevated blood pressure, both indirectly and directly,” says Dr Beniaminovitz. Sedentary people tend to be overweight or obese, and, as mentioned above, weight is one of the main driving causes of high blood pressure.

Additionally, getting regular aerobic activity helps you maintain a healthy blood pressure by making blood vessels more compliant (or flexible) and less sensitive to hormonal influences, he explains—so a lack of such activity may accelerate arterial hardening, forcing the heart and blood vessels to work that much harder.

A research analysis of nearly 400 studies suggests that regular exercise could be as effective as commonly prescribed blood pressure drugs. “In the pantheon of physical activity, aerobic exercising is the best for blood pressure,” says Dr Beniaminovitz. Aim for at least 150 minutes of moderate aerobic exercise per week (about 20 to 30 minutes a day) such as biking, brisk walking, swimming, a barre class, or even higher-speed varieties of yoga like vinyasa.

From an evolutionary standpoint, stress hormones like cortisol and adrenaline are released into the blood to help us escape danger (to fight or flee)—they increase heart rate, elevate blood pressure, constrict blood vessels, and enlarge our pupils to help us think and move fast, explains Dr Beniaminovitz.

In the past, the stressful event was typically over pretty quickly—but today, relentless work demands, overbooked schedules, challenging relationships, and even social media have led to an epidemic of chronic stress, which triggers the same release of stress hormones. But unlike our ancestral past, there’s often no reprieve—it’s constant—and thus, blood pressure may remain elevated. One study found that logging more than 41 hours a week at work raised the risk of hypertension by 17 per cent.

Physical activity is one of the most effective ways to reduce levels of stress hormones and minimise their impact on blood pressure, says Dr Beniaminovitz. Mindfulness practices like deep breathing, meditation, and yoga, or even reading a book or listening to your favourite music, can also keep stress hormones in check.

You may also need to cut out certain activities, like checking those work emails at all hours. “People have to get to know themselves and their triggers, and how they may be able to remove themselves from situations that increase stress and anxiety,” says Dr Philips. 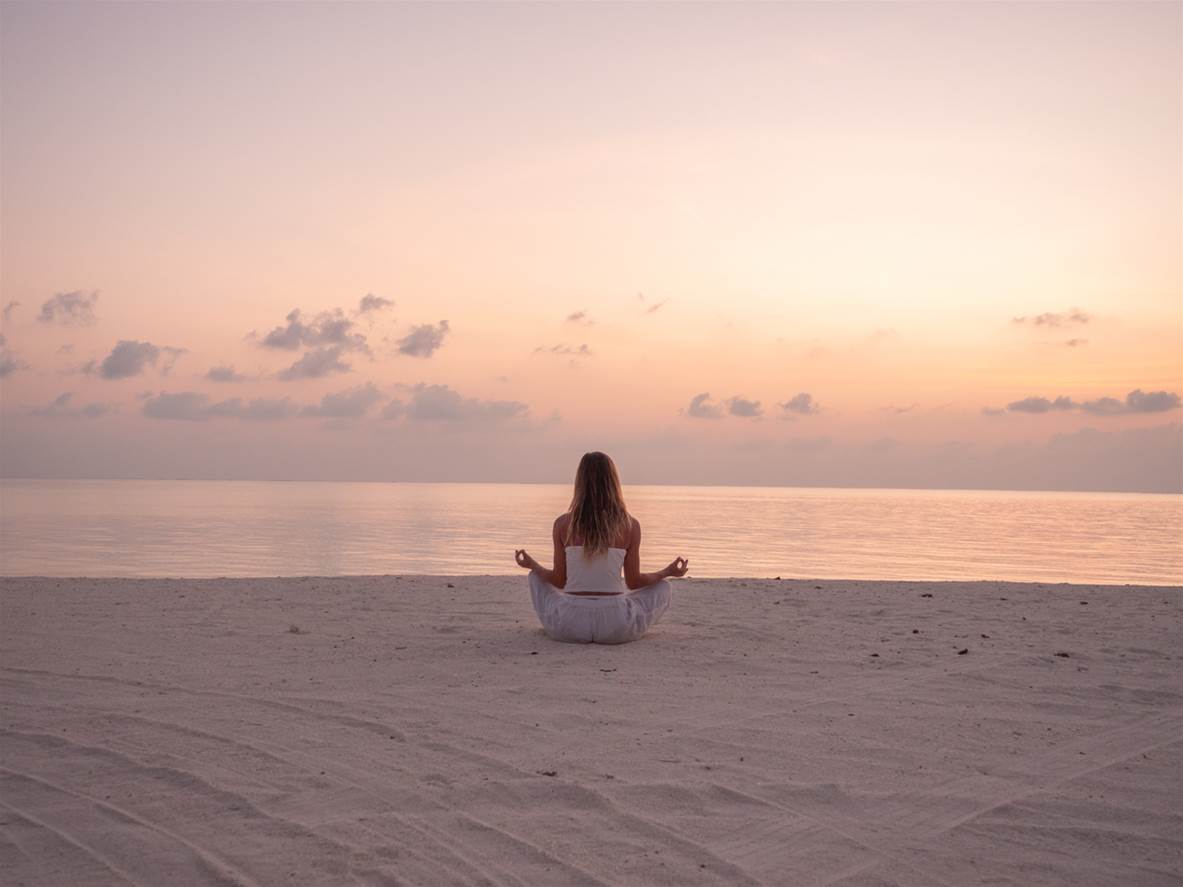 You may not necessarily feel stressed when you experience loneliness or social isolation, but these feelings—when they persist—can trigger the same dangerous release of stress hormones that spike blood pressure, says Dr Beniaminovitz. Not to mention, chronic loneliness is associated with depression, and research has shown a correlation between depression, subsequent weight gain, and increase in blood pressure.

“We are social beings and we need a certain amount of social interaction to function optimally,” says Dr Beniaminovitz. But if the idea of putting yourself out there seems impossible, start small. Send a friend a quick message to say you’re thinking of them, and see where things go. Combine physical activity and social time by committing to a weekly Saturday morning yoga class with a pal. Want to make new friends? Try volunteering to meet like-minded people. (Here are eight actionable ways to deal with loneliness.)

6. You have sleep apnea (or your partner says you snore, a lot).

In general, inadequate sleep may lead to high blood pressure by increasing stress hormones, or by increasing your cravings for junk food and thus contributing to weight gain, says Dr Beniaminovitz. But the biggest sleep-related cause of hypertension is obstructive sleep apnea (OSA)—a disorder that causes someone to stop breathing for brief periods of time while sleeping due to an obstruction of their upper airway.

“With higher obesity rates, more and more people are developing OSA,” says Dr Philips. “This leads to broken sleep and decreased oxygen levels in the body, and part of the body’s response is to increase blood pressure.” In fact, it’s estimated that half of people with hypertension also suffer from OSA. Some signs you may have sleep apnea? Your partner says you snore or gasp in your sleep and you’re always tired despite going to bed at a reasonable hour.

❤️ BP fix: Book an appointment with a sleep specialist.

If you suspect OSA, see your doctor ASAP so they can conduct a sleep study in which your oxygen levels will be measured throughout the night, says Dr Philips. If you are diagnosed, you will likely be prescribed a CPAP (continuous positive airway pressure) machine to wear over your mouth and nose at night to help you breathe.

7. You have another health condition—or you take one of these meds.

If you do have high blood pressure, your doctor will likely take into consideration the range of other diseases and disorders that, when poorly managed, cause your blood pressure to become elevated. These include thyroid problems, renovascular disease, Cushing’s syndrome, and a number of others. “The key to all these conditions is the correct diagnosis,” says Dr Beniaminovitz. “When the proper diagnosis is made, working with your doctor to reverse and or treat these conditions often cures high blood pressure.”

If your doc says your BP is high, bring up any strange symptoms that could indicate an underlying cause (for example, if you’re experiencing weight gain, exhaustion, and hair loss, it could be hypothyroidism), and always provide them with a list of your current medications and supplements.

If your meds are the issue, “ideally they would be discontinued or changed to ones that have no or less effect on blood pressure,” says Dr Beniaminovitz. “If a change in medication is not possible, often your doctor will prescribe optimal lifestyle and blood pressure medication to combat the effects.”

8. You have a strong family history of hypertension.

Genes do play some role in high blood pressure, which is why younger people in seemingly great health can still be diagnosed with hypertension, says Dr Philips. However, more often than not, it’s also likely that people with a family history of high blood pressure share common environments (similar diets, similar sedentary lifestyles, etc) that increase their risk—and these are very much modifiable.

❤️ BP fix: Keep up with the tips above!

There’s no magic bullet, but if you have a strong family history, that’s even more reason to implement all of the dietary and lifestyle recommendations above—eat whole foods, move your body more, manage stress—and get your blood pressure checked regularly.

I have read and accept the privacy policy and terms and conditions and by submitting my email address I agree to receive the Prevention newsletter and special offers on behalf of Prevention, nextmedia and its valued partners. We will not share your details with third parties, and will only share delivery information in the event of you being a prize winner.
This article originally appeared on prevention.com
© prevention.com
First published: 23 Jul 2022
Tags:  healthhealth conditions